The future of automobile is clearly electric. While you already suspect it is so, what’s your thought on how the car of near future will look like? As sleek as Tesla automobiles? Well, one Estonian by the name of Roman Muljar begs to differ. He thinks classic look is the way to go and hence, this three-wheeled electric car called Nobe 100. It is a strangely attractive car. Sporting a 60s classic look, in a three-wheel configuration that will surely turn heads. 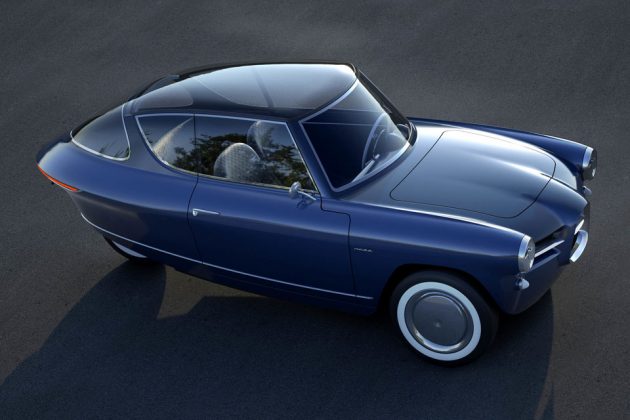 Everything about it is retro – from it being a three-wheeled, white wall tires, large skinny steering wheel, retro dash meters and generous amount of curves accompanied by suitable amount of chrome trim. It is like a blast from a past. At some point, it looks like a classic Alfa Romeo has lost a wheel, but it is obviously not the case. It is made from 100 percent reusable or recyclable parts and it harbors the intention of being an upgradable car that would enhanced its longevity. 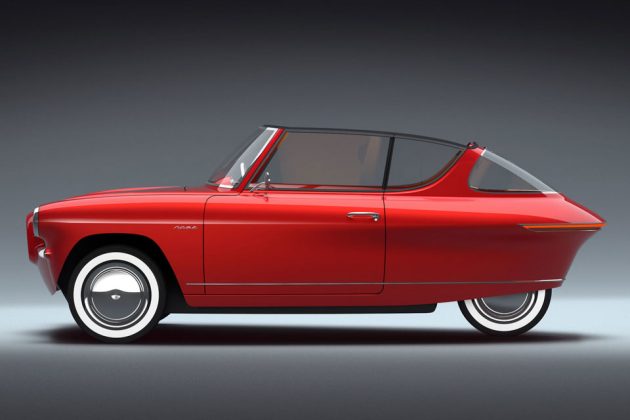 This thing here wants to serve on this planet for forever. An audacious ambition indeed. Nobe 100 is conceived with the desire to create a truly sustainable automobile that is at the same time, timeless. Taking on a three-wheel configuration allows it to be as compact as possible without sacrificing practicalities like seating capacity and maneuverability. It is driven by three motors; one on each wheel which kind of makes it a 3×3. 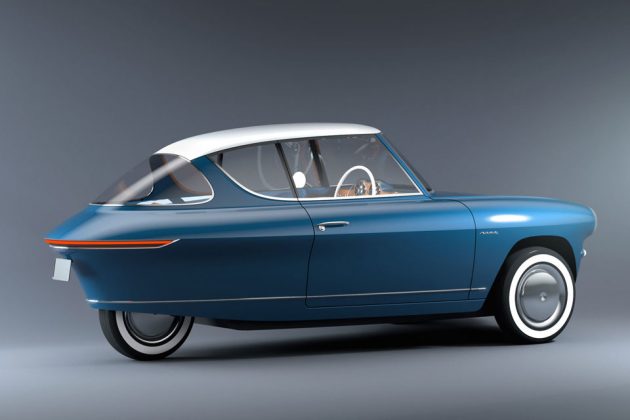 All-wheel drive also affords it with superb handling despite it having just three wheels. Nobe 100 is unique in the electrical aspect in that it has a dual battery setup. It has a main battery that powers the three motors, while another feeds the electrical equipment like lights, radio and whatnot. Performance-wise, Nobe 100 is said to have a top speed of 68 miles an hour (about 110 km/h) and a fully charged battery provide it with up to 137 miles (220 km) range. 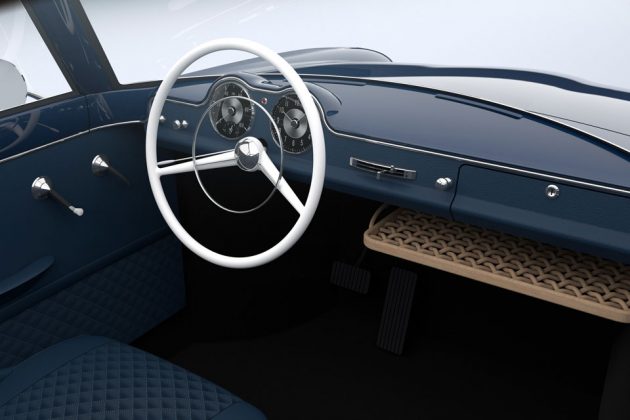 By any account, the range is far from impressive, but given its size and its potential application as an urban shuttle, it is actually more than ample. Moreover, it will only take two hours to realize complete charge and it can be removed, without tool, to be charged using regular power outlet.

Nobe 100 Three-wheeled Electric Car is not a concept, btw. Well, it kind of is, but it is in the process of looking for investors to make it real. If you want to be part of this modern history in the making, you can chip in by making a pledge on FundedByMe.com. Meanwhile, here’s a video of the story behind Nobe 100 (you can see it in action in the video too).