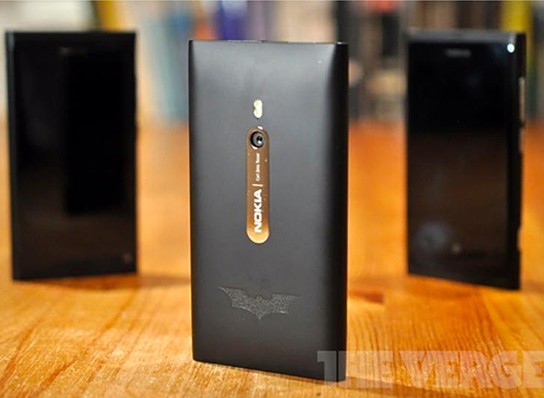 if you are a die-hard fan for the cape crusader or more specifically, the coarse-voice gloomy big screen Batman, then you probably would be delighted that Nokia is launching a limited edition Nokia Lumia 800 Dark Knight Rises edition to mark the would be released of the movie Dark Knight Rises. though, I am not sure how it is going to work out for the Dark Knight fans. you know, Windows Phone is not exactly the hot favorite when it comes to smartphone but I could be wrong. anyway, the livery of this special edition phone is still very much the original Lumia 800 that we know of but with a few subtle additions like matte black housing with a Batman logo on its back, a special Dark Knight packaging, and exclusive Dark Knight Rises content. we are not sure when it will be launched or what will be its indicative pricing but with just 40 units made available worldwide, it certainly won’t be cheap.
[ad#Google Adsense-text-468×60]

photo: The Verge
via TechRadar