obviously, the era where the Game of Thrones supposedly played out didn’t have wrist watch, but that hasn’t stop luxury watch maker Ulysse Nardin and HBO from collaborating on the Official Game of Thrones “The Night’s Watch” Watch. let see if we are getting it right here: so if the Night’s Watch were to wear a watch, it will be this Night’s Watch? anyway, the time piece is based on Ulysse Nardin’s “Black Sea” rugged diving chronograph and though it is the ‘official Game of Thrones’ watch, it has anything but subtle elements that points to that association and among them includes the show’s logo inscribed on the caseback, and two ceramic links in the time piece’s rubber strap engraved with “The Night’s Watch” the case and “I am the sword in darkness” above. so, no. it doesn’t have swords protruding out like the revered Iron Throne had. if it did, it would be a weapon – not a watch, and no doubt painful to your wrist. that would be silly, wouldn’t it?

other (not so Game of Thrones) features include a 45.8mm vulcanized rubber coated steel case and bezel, a sapphire crystal, water resistant to around 655 feet (about 200 meters), a black dial with aquatic wave pattern of the Black Sea watch, and elements of red presented in the numeral markers, hands and power reserve, as well as small seconds sub-dials that “represent the serious feel of the sacred order”. only 25 pieces of this limited edition Official Game of Thrones The Night’s Watch will be made and only available through two brick-and-mortar stores, namely, Cellini Jewelers and the new HBO Shop (both located in New York City), for a grand price of $10,500 a piece. 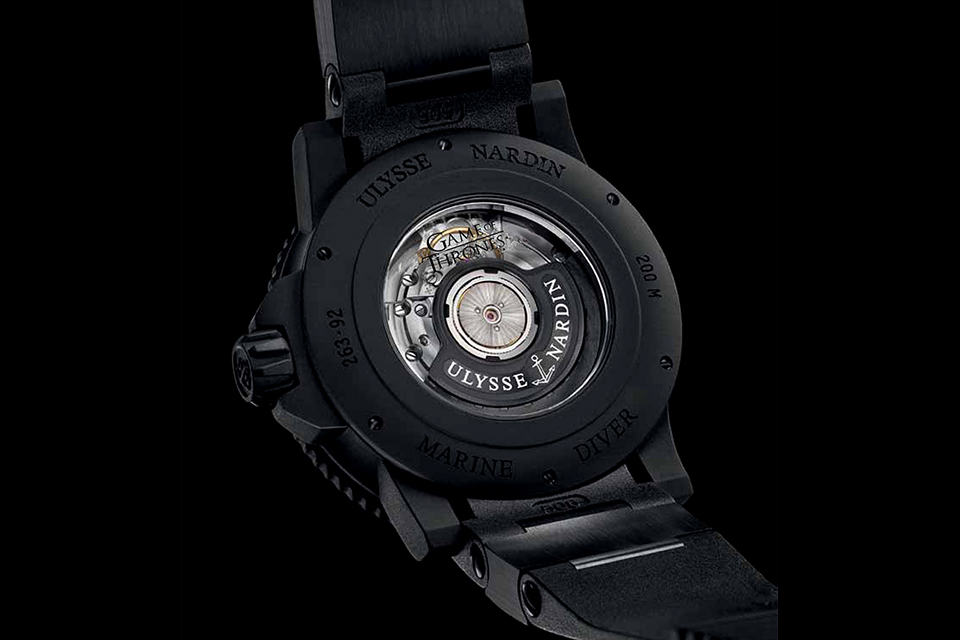 via CNET via A Blog To Watch