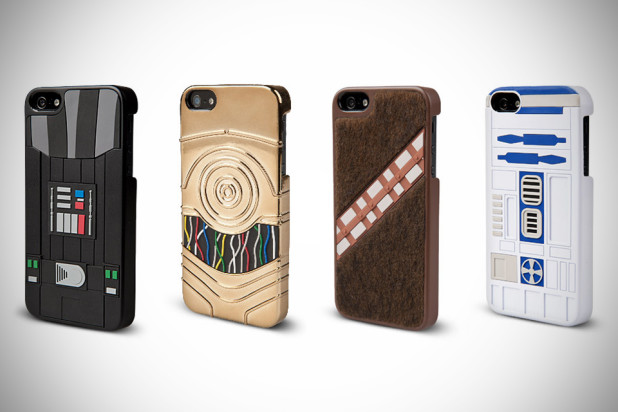 it may have been well over three and half decades since the first Star Wars movie but thanks to the continual releases of sequels/prequels, the Star Wars franchise has managed haul itself into the iconic level of our modern day pop (geek) culture – some even called them cult sci-fi favorites. that being said, wouldn’t it be fitting to bring this ‘galaxy far, far away’ icons to your iPhone, in a form protective cases? originally designed for iPhone 4/4S, the Officially Licensed Star Wars cases for iPhone 5 features iconic characters transformed into the design for the otherwise bland iPhone cases. these characters include Darth Vader (arguably, most-loved big screen villain of all time), C-3PO (the epitome of nonsensical talks), Chewbacca (Wayaaaaa. Ruh ruh) and last but not least, the ever lovable R2-D2. this collection should made an awesome addition for any staunch Star Wars fans or anyone who just want to stand out from the rest of the plain old vanilla cases (or overly cute Marvel cases). so swear allegiance to the Dark Side or the Rebel forces and grab yours for $39.99 each.

PS: these are not just printed cases. they are with ‘real’ reliefs for the added ‘realism’, which makes them so super cool.