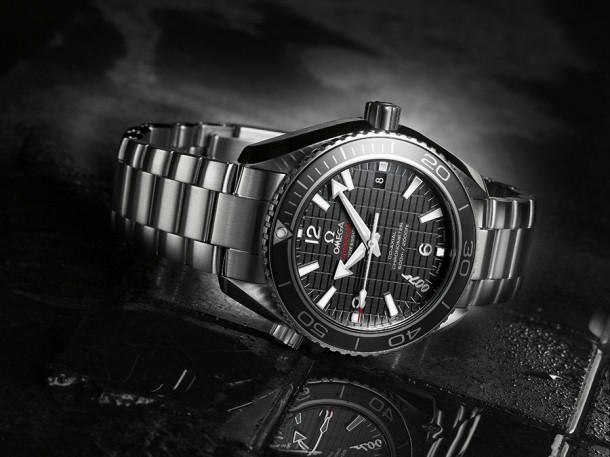 James Bond is known for its Aston Martins and smart two-piece black suit but there are finer things that he is known for, such as the Omega watches that has graced the Hollywood spy flick (on Bond’s wrist, of course) since 1995’s GoldenEye and it will again make its appearance as Bond’s watch in the latest Bond movie, Skyfall. so it is no surprise that Omega has announced a watch to mark this occasion. dubbed as the Omega Seamaster Planet Ocean 600M “SkyFall” Watch, this limited edition watch features a 42mm brushed and polished stainless steel case and a matching patented screw-and-pin bracelet with its diver’s clasp engraved with “007” on it. while the watch may never win itself an oscar for best support role in a Bond film, it is no less desirable – especially with other key features such as Omega’s new Co-Axial calibre 8507 self-winding automatic movement, an unidirectional rotating diving bezel in matt black ceramic ring with a chromium nitride diving scale, a helium escape valve, water resistant to 600 meters (2000 feet), a date window at 3 o’clock, and the official 007 logo at 7 o’clock and on its rotor, which is visible through sapphire crystal screw-in brushed caseback. the watch is limited to 5,007 pieces and will come in a special presentation case, though the price remains to be advised. click through for a couple of larger images.