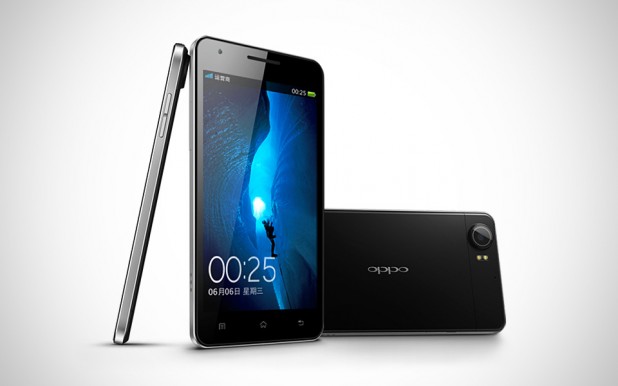 looking for a tough and thin smartphone that you could use as a hammer replacement? well, apparently, the new Oppo Finder Smartphone will fit that bill perfectly. we probably don’t need our phone to double as a hammer but it won’t hurt if it could hit the nail on the head, would it? measuring a mere 6.65mm thin, China-based Oppo claims that the Finder is the world’s thinnest smartphone but that’s not the whole point here, at least not all. aesthetically, it’s a sleek handset but it has a rather uncanny resemblance to Apple’s iPhone 4/4S with its loudspeaker integrated stainless steel antenna band. according to Oppo, the phone is reinforced with Swiss military-grade stainless steel frame which explains its toughness. equipped with a 1.5GHz dual-core processor with 1GB RAM and runs off Android 4.0 ICS, the Finder features a 4.3-inch Super AMOLED Plus multitouch display (800 x 480 pixels), 16GB of internal storage, 8.0-megapixel rear-facing autofocus camera with full HD 1080p video recording, a 1.3-megapixel 720p capable front-facing camera, MHL (Mobile High-Definition Link) output, and the usual servings of proximity sensor, ambient light sensor, G-sensor, three-axis gyroscope, digital compass, WiFi (hotspot capable), as well as OTA update. it comes packed with a 1,500mAh battery that offers up to 350 hours of standby time and 550 minutes of talk time. the Oppo Finder Smartphone is now available via Oppo’s web store for 2,498 RMB or about US$390. hit the jump for a few more look, as well as a video of the Finder being put through the pace as a hammer.