This is O-R3, a four-wheel security robot from Singapore-based Otsaw Digital that is designed to take the place of humans to patrol large outdoor compound. With a chubby and somewhat diminutive stature, coupled with big round headlights that look like eyes, the O-R3 looks more like a cartoon character out to entertain kids. However, kids it will not entertain for it as more important tasks at hand. Beneath its cute appearance hides an array of sophisticated technologies, including high-tech sensors, advanced machine learning algorithm and 3D SLAM technology, that will allow it to execute patrol duties normally carried by humans. 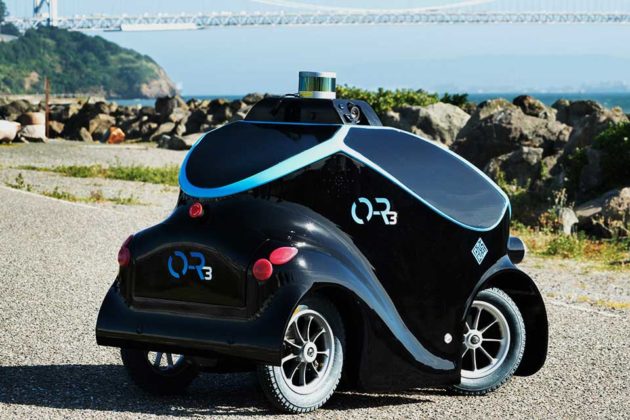 Like a well trained security personnel, O-R3 is constantly aware of its surrounding and therefore, it can quickly pick up anomalies and react to them, avoid obstacles and even self charges when the onboard battery is low on juice. Now, up till this point, the O-R3 may sounds like a fairly “run-of-the-mill” security bot on wheels, but there is more to it than meets the eye. How so? Say, in the event of an anomaly such as, for example, a perimeter breach, it can pursuit the intruder (while, presumably, alerting the human controllers in the fleet control center). 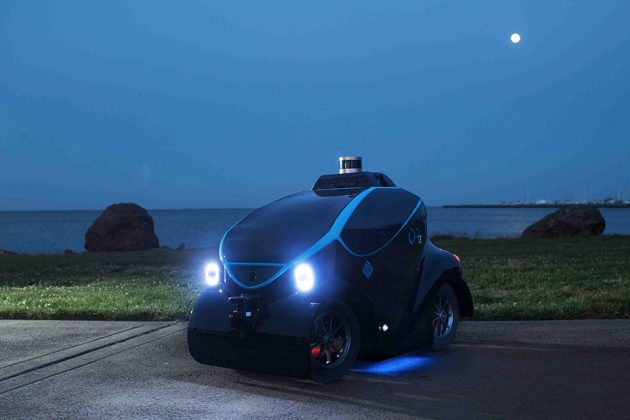 While O-R3 obviously can’t fly itself over a fence if the intruder does so, it does, however, has an aerial drone stowaway within which it can readily deploys to continue the pursuit. The thing is, the details in between is not clear, but it is safe to assume that everything will be in view by the human controllers and also, the bot and the drone will constantly keep the center informed of the suspect whereabout so backup security personnel can apprehend the suspect. This UGV-UAV collaboration extends beyond during intrusion situation; they could come in handy when patrolling every corner of any given premises. Otsaw Digital called this unique team up as “Ground-Aerial Collaborative Surveillance System” and it is world’s first.

NOW READ  Dude Made A Robot That Cuts His Hair With A Pair Of Scissors (And It Actually Works!) 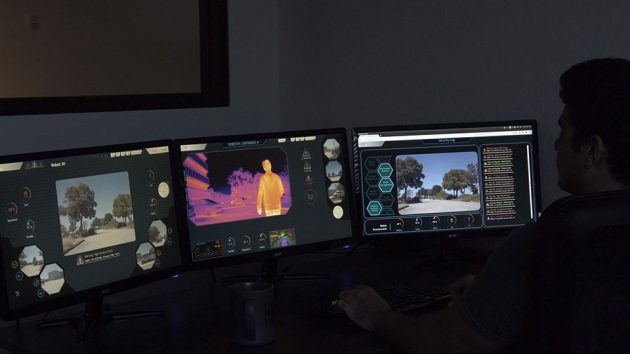 According to a report by Financial Times, the cost of running this intelligent security bot is a hefty $10,000 a month and so, it is unlikely it will be replacing good’ol security guards at scale anytime soon. So, why bots over humans? I don’t know. Perhaps, human security personnel can’t provide you with temperature, humidity, CO parameters like O-R3 can? Or perhaps, they never need off days, medical leave, or enjoy tea breaks like I and other fellow humans do? Perhaps. But whatever we do, we hope we never have to give them too much AI because, one day even robots will demand for rights and everything we as sentient beings have enjoyed having (like tea breaks). 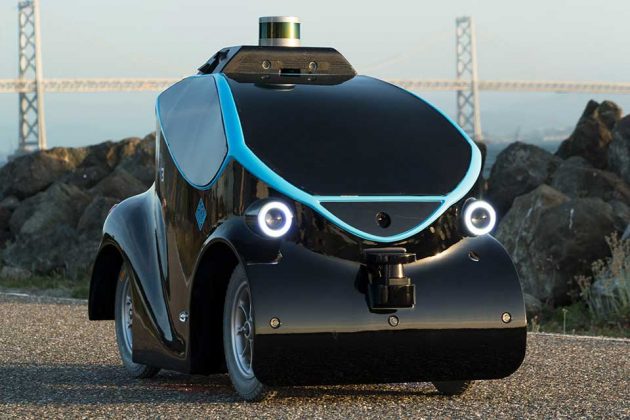 In any case, robots like the O-R3 will not completely replace human security in near future. They will probably only serve to fulfil 24/7 security duties like patroling and such, leaving humans to work on high value tasks, such as manning a fleet of such robots, for example. Or, if you are a security guard worried about job security, maybe you could consider retraining to be an O-R3 technician? Hit the jump for the product introduction video to learn more about O-R3.