To be honest, I am clueless about what this electroacoustic installation called Apparatum by PanGenerator is about. All I know are one) it looks awesome and straight out of 60s’ sci-fi flicks and two) it makes analog sounds that sounded as sci-fi-ish as its aesthetic. The Lost In Space vibe is strong here, don’t you think? The contraption is inspired by Polish Radio Experimental Studio, one of the world’s first studio to produce electroacoustic music, but with a slight twist.

While it makes analog sound and uses old tech magnetic tape as its primary medium, it has a seemingly high-tech digital interface with graphic score. Simply put, imagine the equipment in the original Polish Radio Experimental Studio’s “Black Room,” original designed by Oskar Hansen, but now neatly presented in digital format in a somewhat artsy and minimal way. 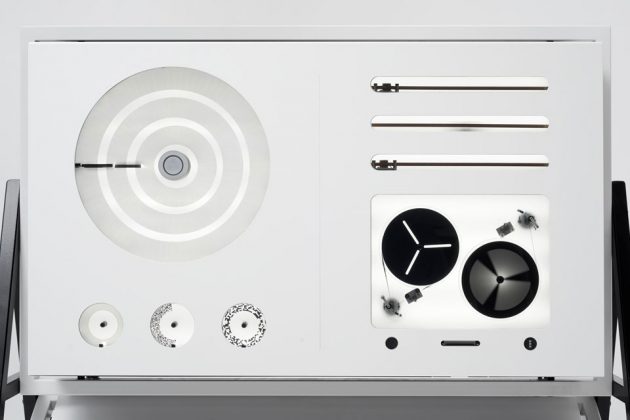 Musically and graphically, it drew its inspirations from Symphony – electronic music composed by Bogusław Schaeffer whom had conceived his own visual language of symbols that serve as the cues for the sound engineer who produces the piece. Like I have said, I don’t know what’s going on here, but however clueless I am, I am strangely drawn to it. Weird. What kind of voodoo is this??? Scroll down for video introduction to see it in action. 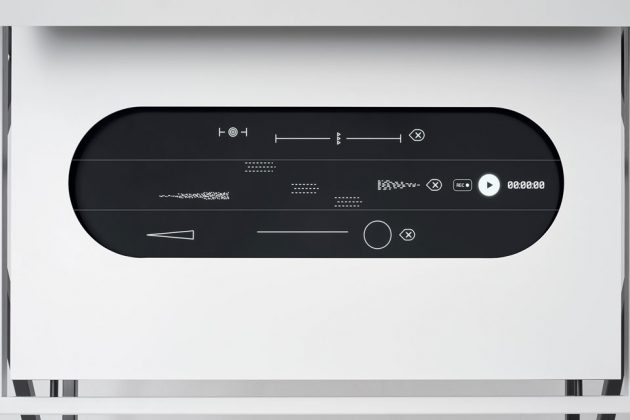 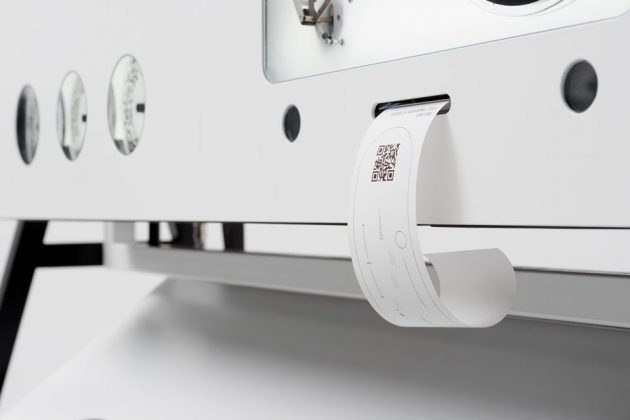 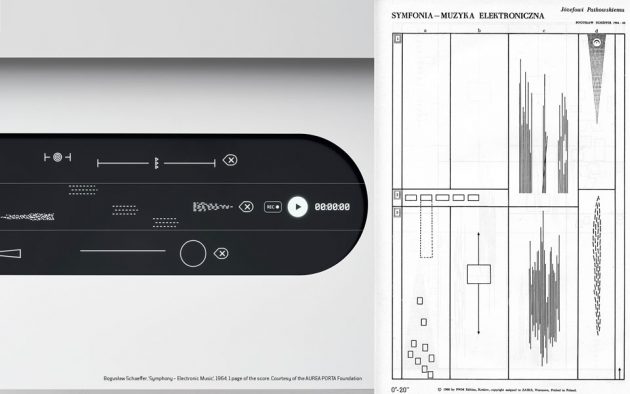 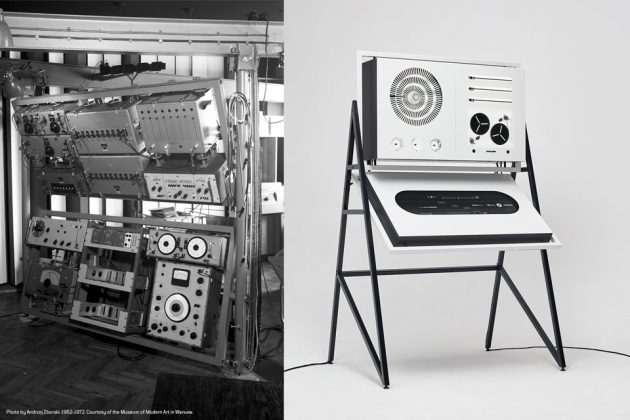 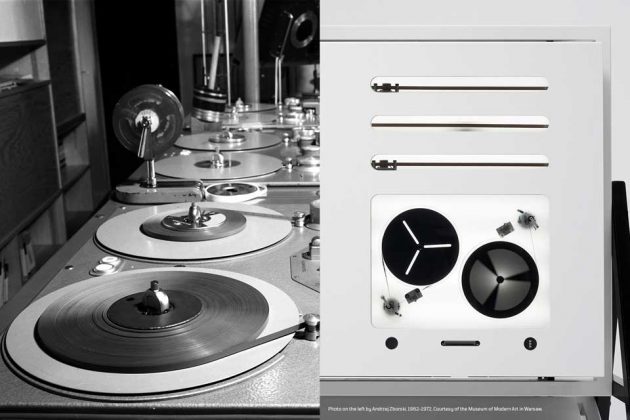