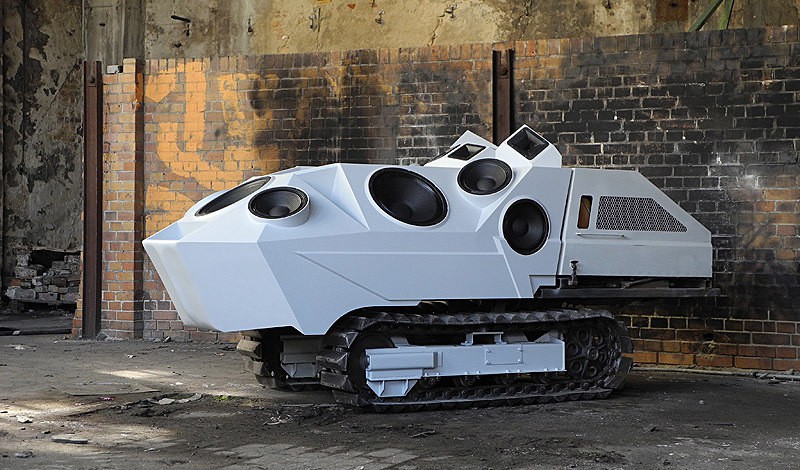 this gotta be yet another vehicle that we wish we had. what you see here is the Panzer Soundtank and as the name suggest, it is a tank complete with tracks but instead of big gun, it has monstrous sound system for weapon. i don’t know what to make of a sound system and military combo, but it does look pretty cool. interestingly, it don’t just blast out tunes, it comes loaded with the necessary DJ-ing gear to let you rock the house down anywhere and when someone tries to stop your DJ domination, you can simply mow them down. sweet. we will take two. jokes aside, i think the soundtank could use an engine with more grunt – you know, to live up to the name of a Panzer. as witness from the videos after the break, it sounded like a tractor power plant there (with some difficulty in firing up), and those tracks there? i think i don’t need to tell you those are from tractors too. do i? hit past the jump for two videos of the Panzer Soundtank in action.
[ad#Google Adsense-text-468×60]

NOW READ  Tesla Model B Concept Is Not An Official Tesla Electric Bicycle, But It Is Beautiful Nonetheless