For an organization who knows drone like DJI did, it is a bit of surprise that Parrot did not dive into the commercial sector until of late when it positioned its consumer drones as 3D modelling and mapping. Anyways, it is a logical business progression which the French company is following up with two new drones, Bebop-Pro Thermo and Bluegrass, aimed at firefighters and farmers, respectively. The firefighting drone is, as the product name hinted, is based on the company’s Bebop drone. It does not fight fire per se (obviously…), but with a 14MP camera and FLIR One Pro thermal imaging camera, Bebop-Pro Thermo can serve as eyes in the sky during critical rescue missions. 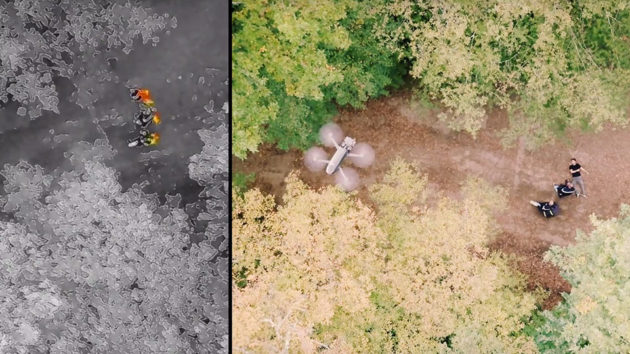 The FLIR can help to identify obscured hotspot during a firefight or pick up the presence of humans in disaster zones. But it can only do so for up to 25 minutes, after it has to return to be charged or battery swap. The $1,400 drone will come with 3 batteries, a Skycontroller 2 controller, and a backpack to hold it all. The Parrot Bluegrass, on the other hand, is an all-new drone designed to cover 30 hectares of land at an attitude of 230 feet (70 meters) per battery. It will not spray anything out of it like DJI’s. Instead, armed with a Full HD camera and a specially developed multispectral sensor called Parrot Sequoia, Bluegrass not only provides an overview of the land and herds, but also enables farmers to detect problem areas in all types of crop fields. 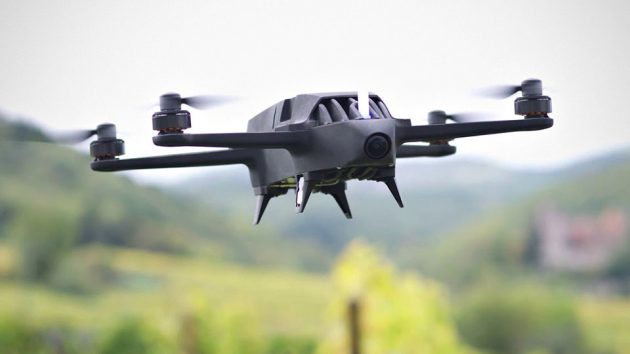 Bluegrass is primarily designed to be autonomous, but it can be controlled manually if so desire. Bluegrass, like DJI MG-15, is set to change how farmers work from here on, but that’s only if farmers are agreeable with the $5,000 price tag. Yup. That’s how much Parrot is asking for the Bluegrass, but as a boon (or not), the princely sum includes a year access to the software required to carry out the aforementioned work autonomously. Clearly, these two drones are not for everyday people, but if you happen to be a farmer, a firefighter, or a search and rescue specialist/crew reading this, it may interest you. Skip ahead for videos of the Bebop-Pro Thermo and the Bluegrass.