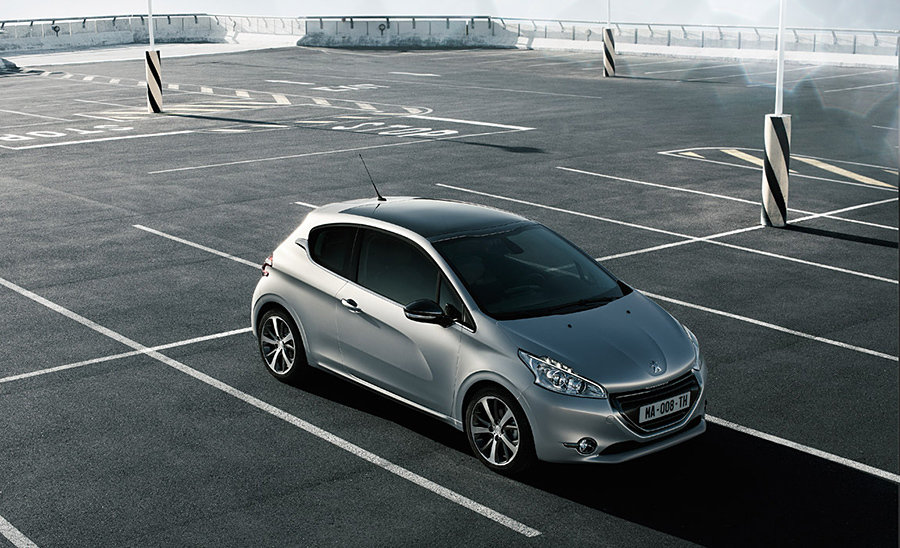 like its fellow countryman, Peugeot has come a long way but still, it is short of being called luxury. though big hulking cars may not be its forte, it has garner quite a reputation in the small car segment and apparently, Supermini is the category that’s big in Europe. that’s where the new 2012 Peugeot 208 will fit in. set to be available in both three- and five-door body styles, the 208 is born out of the success of 205, 206 and the 207, and agility and efficiency is the name of the game. these qualities are achieved by shedding some weight, reduced drag coefficient, and a very compact body – doing all these while boasting improved rear room (+5cm at the knees) and a larger boot (+15 dm3 in volume).
[ad#Google Adsense-text-468×60]

engine choices are also downsized to 1.0- and 1.2-liter petrol variants with about 75 and 100 horses on the tap. there will also be a range diesel power plant with stop-start ignition and hybrid assist on some models to further boost its efficiency department. with the increasing urbanization and environment concern, power is less of a concern to most people – well, at least to us (or perhaps, age is catching up with us and hence, rides with monstrous power became a less important part of our life). thus, it is the efficiency and styling that appeals to us more, which is what the 208 is about – feel good to drive. though, we wouldn’t mind a little more power from its top of the line GTI model. hey, a little more oomph wouldn’t hurt, would it? race past the jump for a small gallery, and an official 208 ‘Film’ to witness the beauty yourself.