It is true that smartphone’s camera cannot stack up to a DSLR, but there is no doubt that the images taken by smartphone can be quite impressive too. What it lacks is the ease of controls without poking through menus after menus. Enters Miggo Pictar Pro. Pictar Pro is a hardware accessory that make your phone look, feel and work like a real camera. Plus it offers you enhanced control and access to advanced features without having to poke through layers of menu. 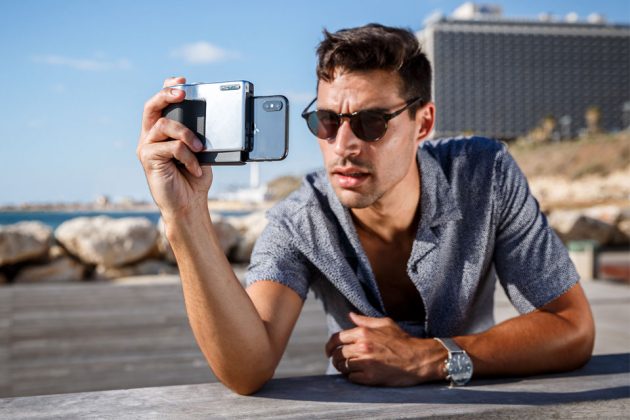 Pictar Pro bridges the gap between the phone’s imaging prowess and camera’s usability with the look to boot. With it, you can manually focus like you would with an actual camera, access to a bunch of advanced filters, and tweak the ISO, white balance, and shutter speed – almost as if you are handling a DSLR. Furthermore, you get a load of other features, including advanced flash options, advanced digital zoom, 9 advanced shooting modes, advanced image formats, advanced filters, select aspect ratio, and access to Histogram, so you’d be able to tweak your shot to get the best exposure. 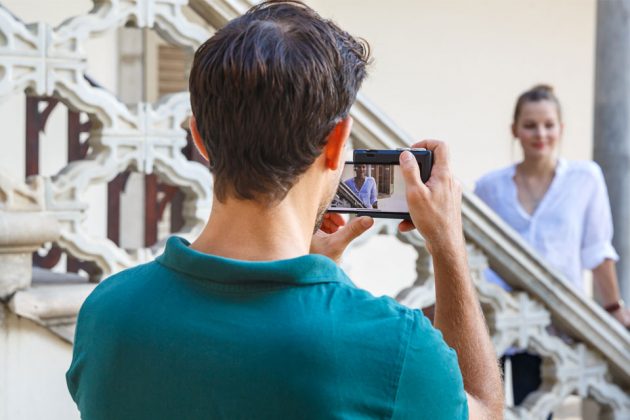 Before we go on, you do know we are still talking about smartphone’s camera, right? As crazy as it may sound, this is happening and it is not even the first. Pictar Pro is the second iteration of Miggo’s smartphone imaging accessory. The first was funded on Kickstarter and shipped. Anyways, as far as physical controls go, it gets a Exposure Compensation Wheel (that also double as a quick selfie button), a Smart Wheel to switch between shooting modes (or press to switch front lenses), the requisite Shutter Release Button, and finally, a Rocker Zoom Switch for zooming in and out. 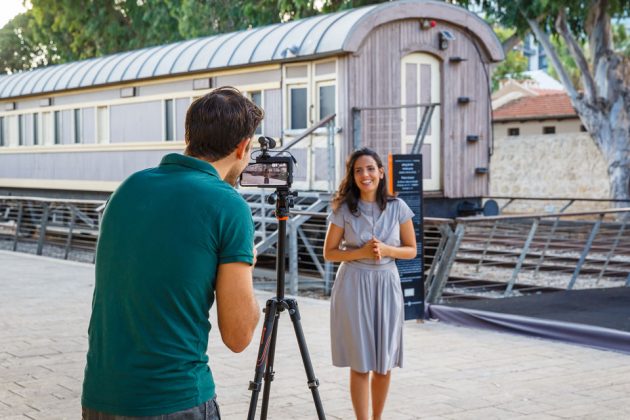 Other key features include a satin-finished brass body with physical dials and buttons, non-slip “shark-skin” grip, built-in battery that wireless charge Qi-enabled phone, optional viewfinder, tripod mount, neck and wrist straps, cold shoe connector, and compatibility with almost all smartphones. It is to note, though, that it will need the Pictar app to work. 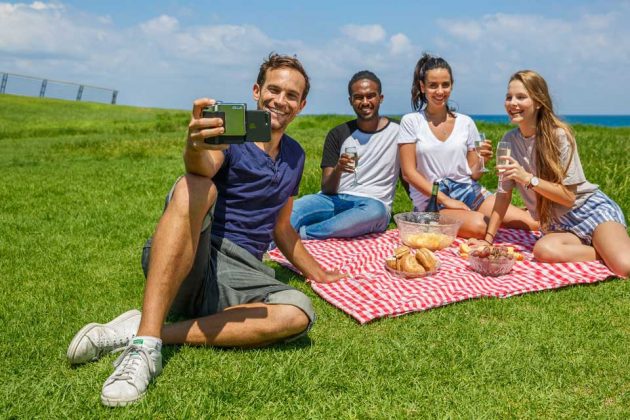 If you are sold by the idea of turning your smartphone into a DSLR-like device, then you may want to consider pre-ordering this super dope imaging accessory for smartphones over at Kickstarter by pledging $129-189. The campaign is well over its $25K funding goal. As of this writing, it has attracted over 800 backers, contributing nearly $130K to the campaign. And the campaign will not end until another 44 days or so. Skip ahead for the pitch video to learn more. 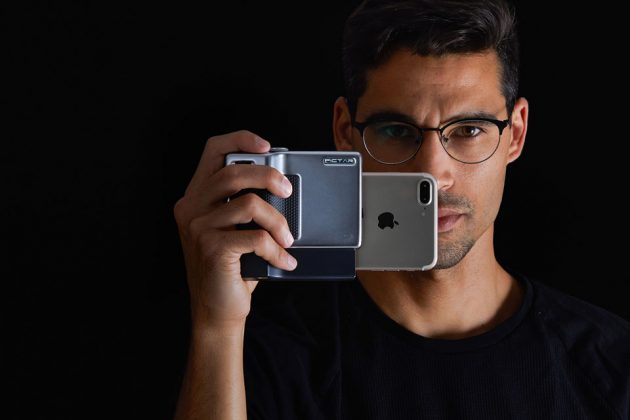 All images courtesy of Miggo.