A search on YouTube reveals a disturbing fetish in the human race. And what fetish that might be you ask? Well, key in the search term ‘pimple’ and hit enter, and lo and behold, videos of people popping huge, nasty pimples have crazy number of views. Some of them have been viewed in excess of 5 millions. Apparently, understanding human innate desire to see and/or pop zits, a Malaysia bakery called The Cakescape has conceived the inconceivable: Pimple Pooper Cake. Well, the Pimple Pooper Cake is pretty much what it says it is. A sweet, baked dessert with ripe-as-fuck, blood-red zits which you can squeeze to reveal its pale content. Ewwwww… that’s unequivocally gross! 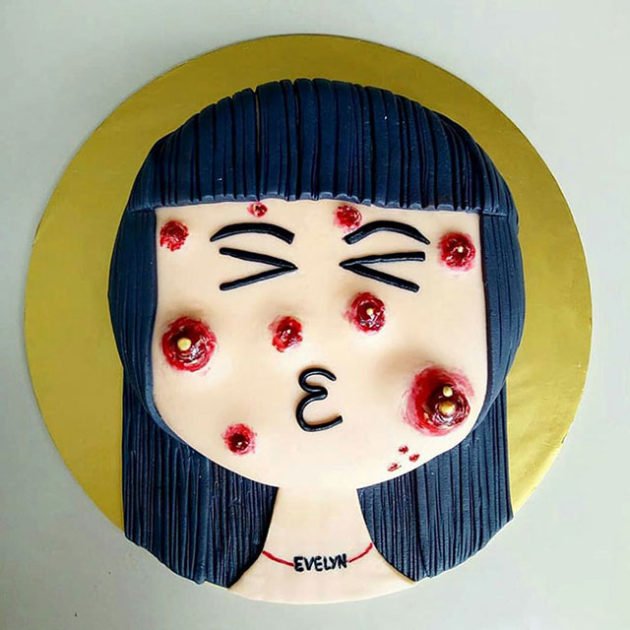 Cakes are delicious, but this cake here just reminds us of our horrific teenage years. Pimple-filled face is one reason I never wanted a turn back the clock. No way, Jose. No way. And it is actually for sale. Yup. That is absolutely right. A cake filled with ready-to-erupt pimples (which borderlines onset of leprosy, really) is a thing now. Well, at least it is in Malaysia. In fact, words had it that the bakery have sold over 20 of these stomach-churning desserts so far. Seriously?

On that note… if you are bringing this to my birthday party, you are not my friend. Our relationship ends right there and then. I can’t be more serious about it. Obviously, I am not alone feeling nauseated. Don’t believe, proof is down below, followed by the epic nauseating moment captured in video. Some of words of warning though, the video is not for the faint of heart. 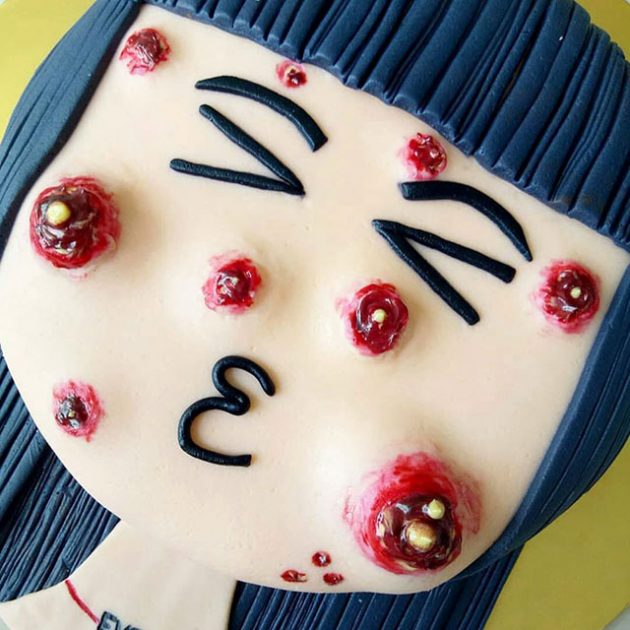 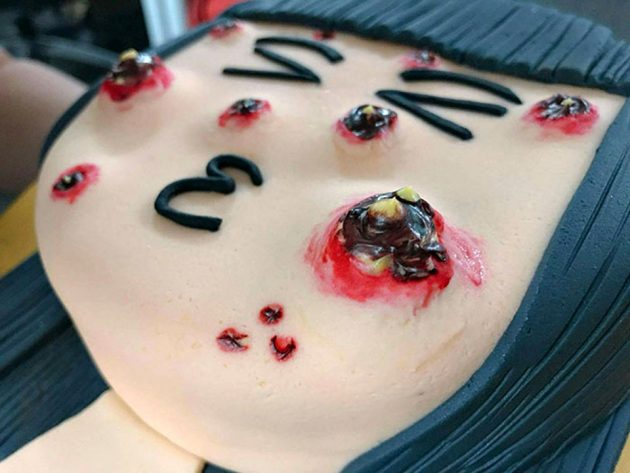 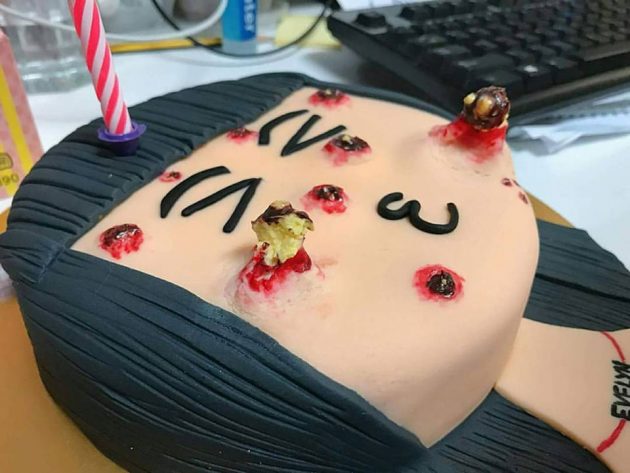