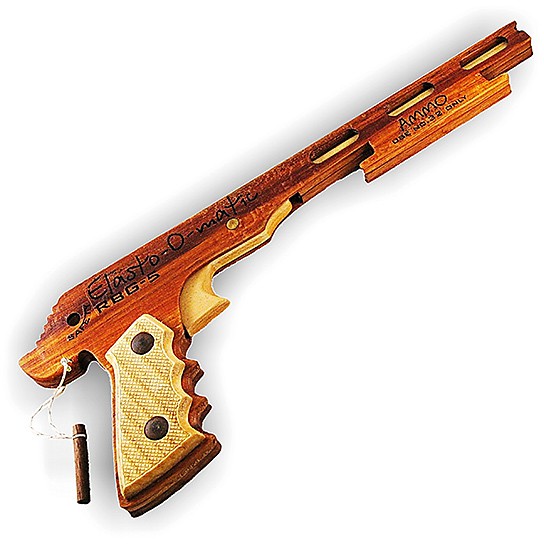 shsss… let me tell you a secret. i have a penchant for rubber band guns too and this particular DIY item, dubbed the Elasto-O-Matic RBG-5, is perhaps the most beautiful DIY example i have seen. i am totally sold by its functionality and looks. created by a folk who is known by the nick Greasetattoo, this binder launcher, as Greasetattoo calls it, fires up to five rubber bands in succession. rubber band based firearms aren’t new at all but one that looks this gorgeous is far and few between. touted as the crème de la crème of Binder Shooters, it features a functionally safety mechanism, an ammo holder that holds up to fifteen rubber bands. as to where can you buy one, the bad news is, it is not for sale but if you’re a technically inclined person, you may follow Greasetattoo’s instruction over at his Instructables’ page and make yourself one. i admit, i have no such skills or equipment to do what he did. i secretly wish he would do it for us, the technically-challenged, for a small token. i am dead serious. a couple more look of this rubber band shooter after the break.
[ad#Google Adsense-text-468×60] 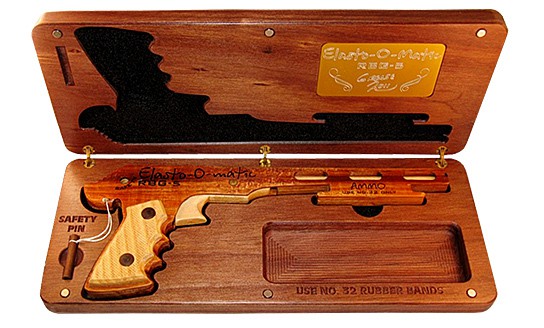 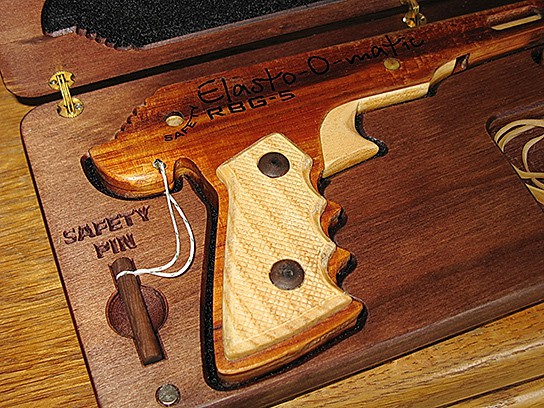