When first came across Dr. Peisan’s custom motorized LEGO Sushi Bar Conveyor Belt featured at Japan Brickfest 2018, we were completely impressed. We decided to write about it, but then, as we dug for more details, we discovered this Japanese master builder’s other work of art. We decided that it won’t do justice to this creative builder merely by pointing you to this impressive set that serves Brickheadz some adorable LEGO sushi on conveyor. 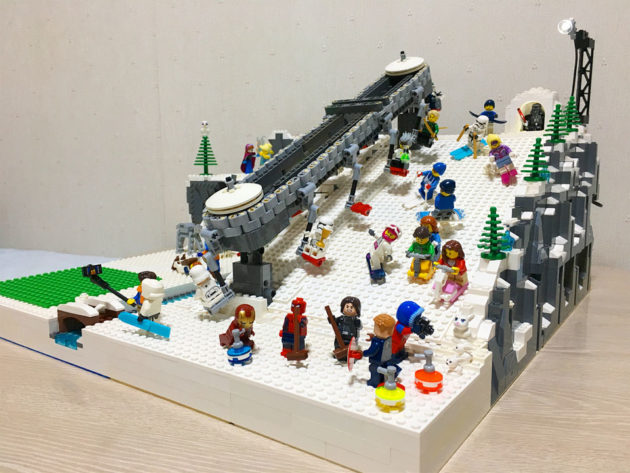 I am a sushi person and so it is obvious that this motorized LEGO Sushi Bar Conveyor Belt won my heart, but so did the LEGO-lized, wearable Infinity Gauntlet and Dr. Peisan latest creation, a custom LEGO Han Solo DL-44 Heavy Blaster which he took two days to build. And then there is the custom LEGO ski resort, complete with motorized ski lift and a little minifig doing some (mini)figure skating on LEGO-“ice.” Anyways, back to the motorized LEGO Sushi Bar Conveyor Belt. 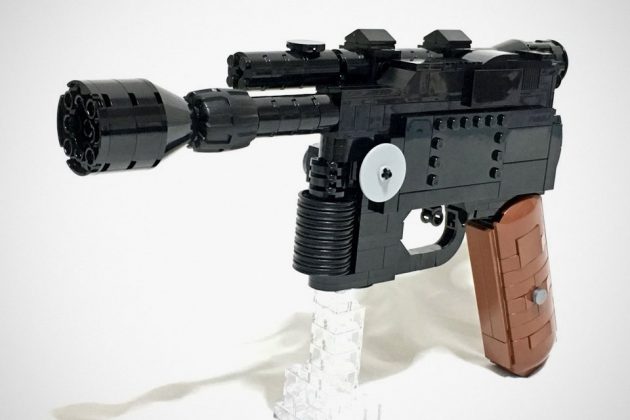 For the uninitiated, sushi conveyor is basically sushi served on conveyor, straight out of the kitchen and into the restaurant. Patrons sitting in front (or sometime along the side) of the conveyor pick whatever sushi that tickles their fancy. Each type of sushi is priced differently, denoted by the color of the plate it is placed on. At the end of the meal, the customer is then billed based on the color and number of plates. It is that simple. You are not limited to the dishes available on the conveyor, though. You can order set meals and whatnot too. But those will be served by the waiter/waitress. 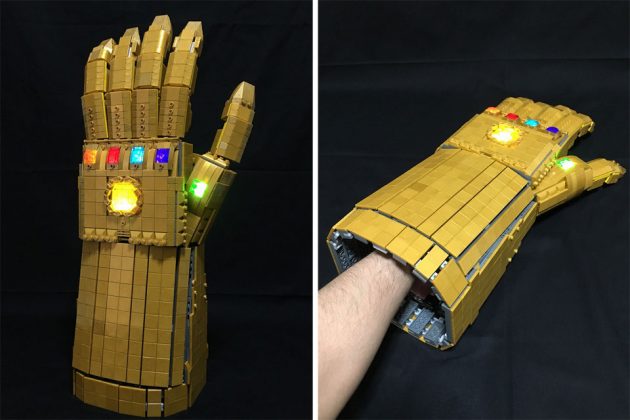 So, yeah, Dr. Peisan built that, but a simplified version that has the sushi chefs (who happen to be Brickheadz too) in the middle, surrounded by the conveyor. Don’t ask how the chefs are going to get in and out of it though. If you are interested, you can hit up Dr. Peisan’s Instagram page to see more of his creations, or keep going for a video interview by Beyond the Brick.