It looks like Toyota is very determined to make the comeback of its iconic supercar, Toyota Supra, heard. Well, at least, it is in stateside where the Japanese automaker has unveiled a Toyota Supra race car for NASCAR Xfinity Series. Called the Toyota Xfinity Supra, it will make its track debut at the NXS race in Daytona on Saturday, February 16, 2019. But seriously, it looks remotely like the Supra you’d be seeing soon because, NASCAR. 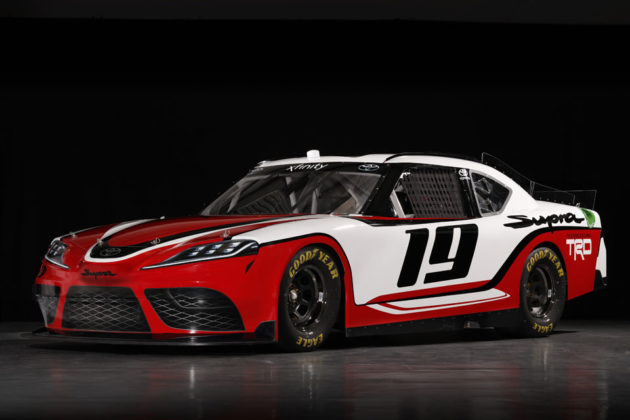 You see, there is a specific set of requirements in the areas of length of wheelbase, body style, weight of the vehicle with driver, engine – among the many others, that result in NASCAR race car looking pretty much the same. As you may have already expected, the familiar Supra fastback (or as some called it, lift back) body style has to be dropped for a more traditional coupe rear end styling, though the front end does have a teeny weeny bit of hint of the upcoming Supra. Just a wee bit. 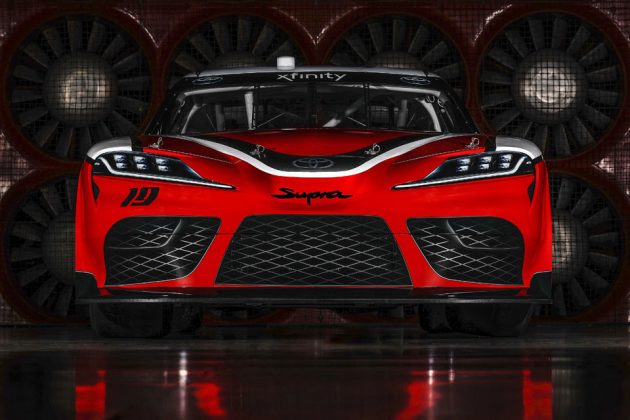 Anywho, once again, Toyota and its motorsports arm, Toyota Racing Development (TRD) teamed up with Calty Design Research, Inc. to develop this destined for 2019 season NXS. With the Toyota Xfinity Supra NASCAR Race Car, it marks the first year Toyota will field a different model in all three of NASCAR’s national series: Camry at the Monster Energy NASCAR Cup Series, Tundra in the NASCAR Camping World Truck Series and Supra in the NASCAR Xfinity Series.

Of course, Supra is no stranger to the track. It had been a race car of choice since the 1980s where it was used to compete Japan Super GT series. It even made two appearances in the 24 Hours of Le Mans in France back in the 90s.