Some people are just gifted with hands that can turn out amazing work of art which, until today, never cease to amaze me. Sculptor Juliana LePine is one such person blessed with magical touches. Juliana makes tiny sculptures for a living and as show of her flair, she has created numerous miniatures including the likes of Guns n’ Roses frontman and lead guitarist, Axl Rose and Slash, Marilyn Monroe, and more. The 7.5-inch Freddy Mercury figure you see here is yet another masterpiece which she was kind enough to let us in on how it was made. And so, no. The above image is not a graphic; it is really a tiny sculpture of the rock icon of our time. 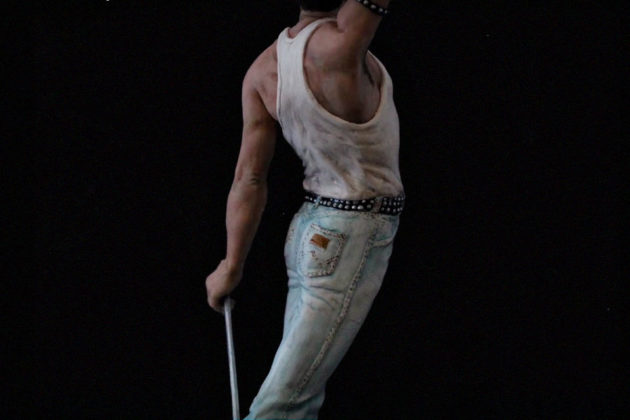 While seeing the end product is pretty mesmerizing, seeing the process of putting it together is even more mind-blowing. The result product is, as you can see, a striking resemblance to the late British rock band Queen’s frontman. Using a combination of off-the-shelf skeletal figure and plastic vitrox clay, Juliana worked her way from inside out. Along the way, she ensure to pick out Mercury’s prominent features, such as large teeth and his iconic Live Aid 1985 getup, so we all knew exact who he is. Go ahead, have a look at the entire process in the embedded video below and while you are at it, try to keep your jaw up. Really, it is that good. 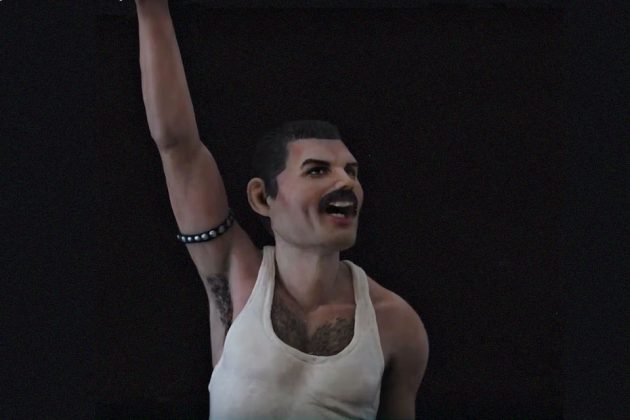