Amazon may be ousted as the biggest e-tailer in the world by Alibaba’s Taobao, but that does not mean what the Seattle-based online retailer giant peddles on its virtual storefront are anything less than eyebrow-raising. In addition to more mundane, run-of-the-mill stuff it sells alongside some super weird things you never knew you could buy online, apparently it now also sells shipping container house. Of course, shipping containers repurposed to serve a variety of other functions, such as construction site office, guard post, movable pools, and even homes aren’t new, but having it on sale on Amazon is something weirdly enough to be mentioned. 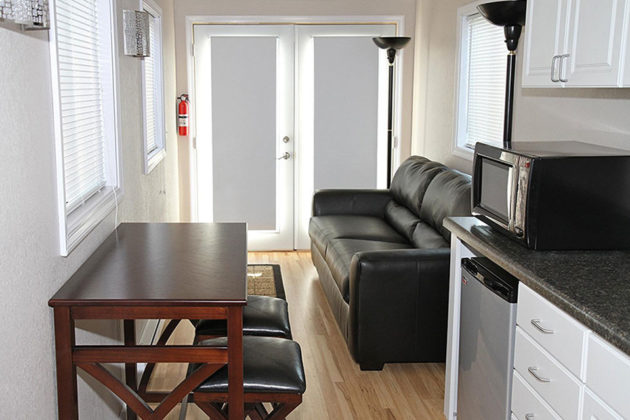 As it turns out, converting 20- or 40-foot containers into pre-fabricated tiny homes is a trend and when it is a trend, it means competitions and with competitions, it also means the need to peddle your ware, or in this case, your tiny house, on every possible outlets there are at your disposal. Besides Craigslist, where else would a company like MODS International sell a $36,000 container home than on American’s most used shopping website, Amazon? Makes sense. 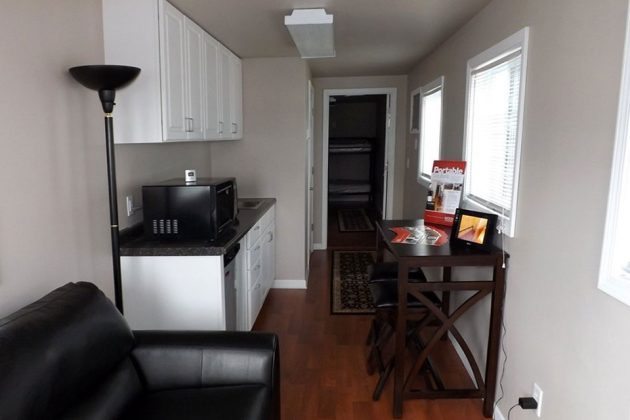 The container house in question, officially called Pre-fabricated Tiny Home, is a spanking new unit that is has a new shipping container as its structural shell. It is fully finished with bedroom, shower, toilet, sink, kitchenette, and living area proper – all contained with its 320-square-foot floor space. Access to this rather plain Jane looking interior is via a double patio doors and much to my amusement, the original secure container doors are still intact. The original container doors are good for securing your humble movable abode when you are out on a long trip, but I have reservation because, mischief could be played on you if someone were to lock you in from the outside. Just saying… 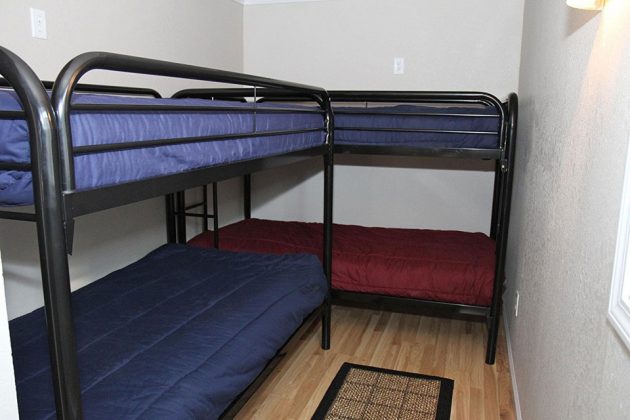 Other details include bottom sewer connection, easy side water and electrical connection (no mention of water tank or black water containment, btw), fully insulated, heated and with air conditioning, and it will come with what appliances and furniture as shown in the photos MODS International has posted on its Amazon listing.

I supposed Pre-fabricated Tiny Home is kind of a barebone unit which you can further spruce up at your own monetary expense to look something like the awesome example we saw last year, or at least cost to it. If don’t, it will just look like a tad glorified worker quarter or a shelter that feels right at home in some RV park. There you have it. Amazon officially sells almost everything, including this thing here. Now, we will wait for someone to start selling Boeing 747 jumbo jets so it could assume the title of “sells everything.” 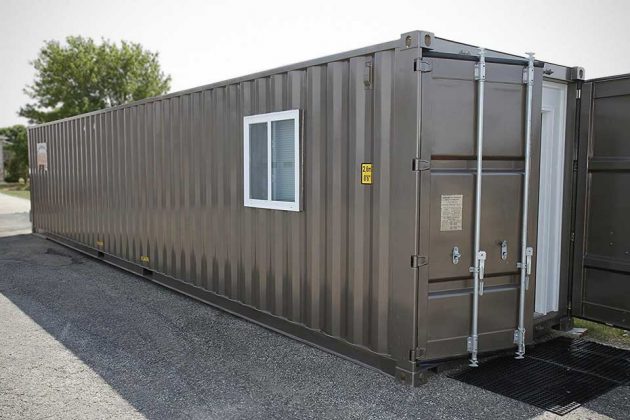 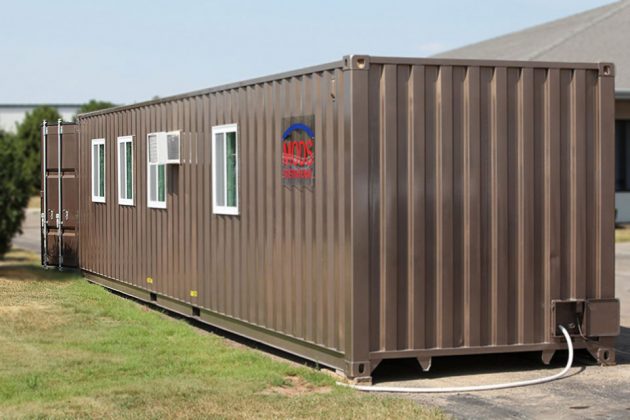