It is official. You can buy just about anything on Taobao for the cheap, now including used Boeing 747 Jumbo Jets. Yep. That’s plural right there because there are not one, not two, but three on the block and they are available on Taobao alongside other more mundane items like real estates, motor vehicles, and boats. These aircraft, all of which are Boeing 747-400ERF, were seized by a court in Shenzhen after its owner Jade Cargo went bust in 2013. 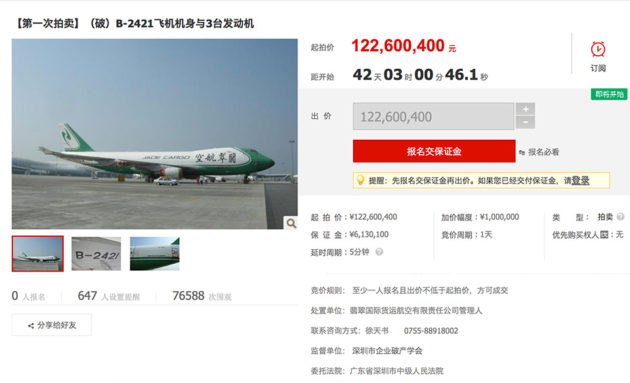 As it turns out, selling big ticket items which require special license to operate proved to be a tall order even in a country littered with billionaires and so, like any forward thinking organization, Shenzhen Bankruptcy Law Society, whom was tasked to offload these assets to recover what there are to be recovered, took to Taobao in hope to reach out to more folks. But unfortunately, it looks like even with bargain starting prices of between 122,600,400 and 135,038,600 Chinese yuan (around US$18-20 million), these aircraft attract no bids, yet. 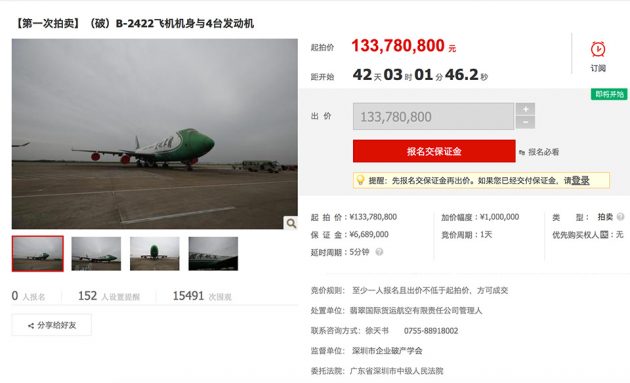 However, the three auctions have garnered quite a number of views with 15-1200 users set up reminders. So, not all hopes are lost yet, especially since the auctions will only end on November 20. There is quite sometime for the rich to sort out if they need of these flying tin cans. If you the financial muscle to flex and would love to get one, or all three of them, you ought to know that a security deposit of 6-7 million RMB per plane is required to be paid before October 20. 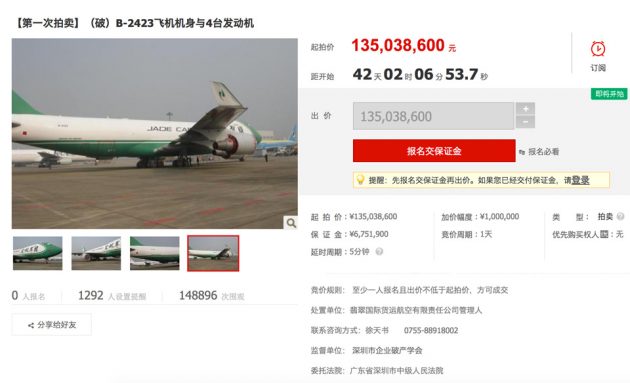 Also, every click of the bid button will bump the aircraft price by at least a million yuan. Then again, if you have already decided, those numbers are inconsequential to you, is it not? You can find out more details on the individual aircraft going under the hammer HERE, HERE and HERE. 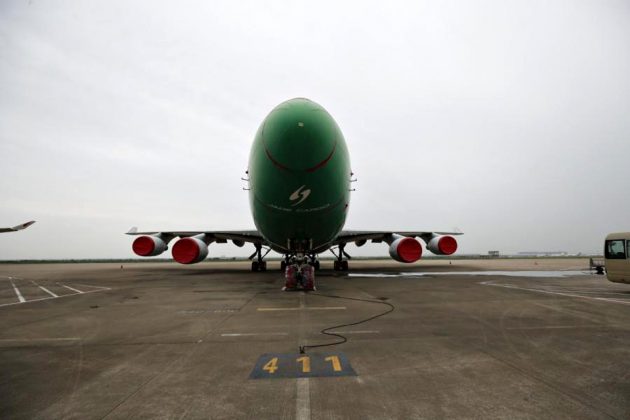 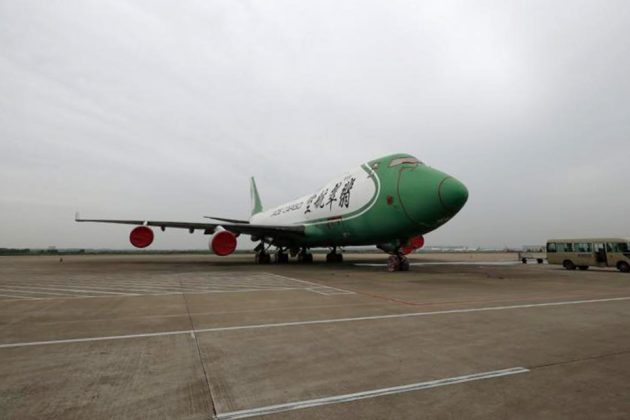 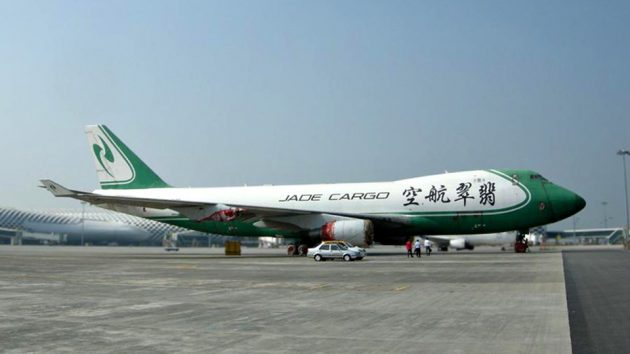