imagine a motorbike with four wheels and a sharp, racing-style upper. does it look good to you? perhaps, but probably not with the rest of the motorcycle enthusiasts. maybe it looks too much like an ATV or even a car without proper car seats and the standard steering wheel or perhaps it won’t be easily approved for the roads? whatever the reason is, that has prompted Yamaha Motor to eliminate one wheel from their four-wheel motorcycle concept introduced a few years ago and the result is an equally impressive beast known as 01GEN. so it’s a trike, alright and one that’s heavy with futuristic lines and looks straight out of Robotech anime, except that it won’t merge with the rider to transform into an awesome robot. that will be too way off into the future. 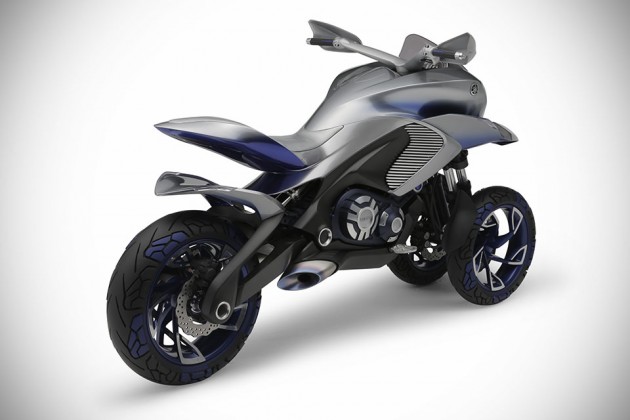 officially unveiled at Intermot 2014, the 01GEN is referred to as a multi-wheel crossover concept which is a new kind of ride akin to the SUV of the car world. according to Yamaha, 01GEN is both a on and off road personal vehicle, which is clearly expressed in the trike’s design: the upper half presents itself as an on road vehicle, while the lower half extrudes a sense of power that will conquer any terrain. these division is further enhanced by the light shades of color on the upper and a much darker hue applied to the lower section of the vehicle. we are simply awed by the design, disregarding what goes under the hood which, btw, weren’t offered to the world anyways. it has a front end that has a Megatron (the Michael Bay’s iteration, that is) look to it.

in a way, it appears pretty fearsome, but other than the aesthetic appeal and design, little is known about what’s under the skin. traditional two-wheeler provides serious cornering ability, but if it has two wheels up front (or even at the back), then we are not sure if superb cornering ability is still possible. there is no doubt the added stability of a three-wheeler with a bike design will own tough terrains like a boss, but will it be just an off-road inclined ride that also ‘just’ good on road? 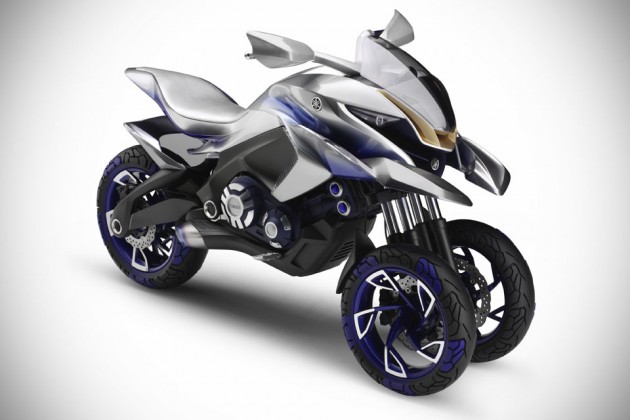 source: Yamaha Motor EU
via Bikes in the Fast Lane