If you haven’t already have enough of the Internet today, I am sure this news will make sure you will have enough. Hasbro’s famous line of modelling compound, Play-Doh, has just announced its latest playset that is literally poop-themed, aptly called Poop Troop. It is like South Park’s Mr Hankey all over again, but this time, thing here is totally playable. 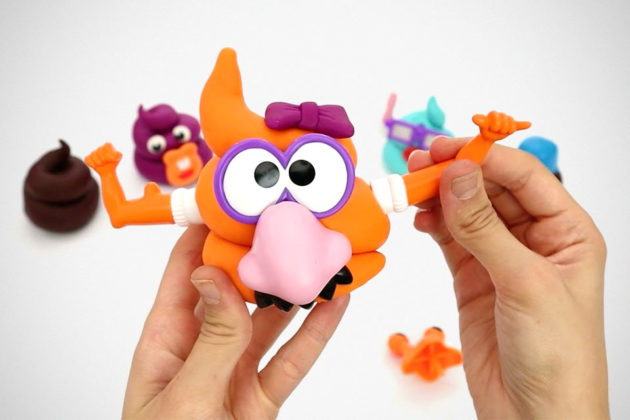 Like who knew today’s plaything would include modelling slabs of modelling clay into poops and then dressing them up to look Mr. Potato Head. Oh, good lord, Hasbro. Do you really have to do this? Like, encouraging younglings to knead up emoji-like fake poops isn’t bad enough and now, you want to destroy Mr. Potato Head image too? Seriously… why? Why!?? Official description as follows:

“Who’s in your poop troop?! from giggle-worthy poop monsters to creations like the famous emojis, kids can create a rainbow of their own hilarious Play-Doh characters. You might make a face at the idea, but making silly faces for your characters is literally what it’s all about! to start the fun, use the poo mold, tools, and Play-Doh colors to create your character’s body. Grab the eyes, arms, mouths, and other accessories and plug them in different places to make all kinds of silly faces. Mix them up for a giggling good time again and again, and don’t forget to clean up after yourself!” 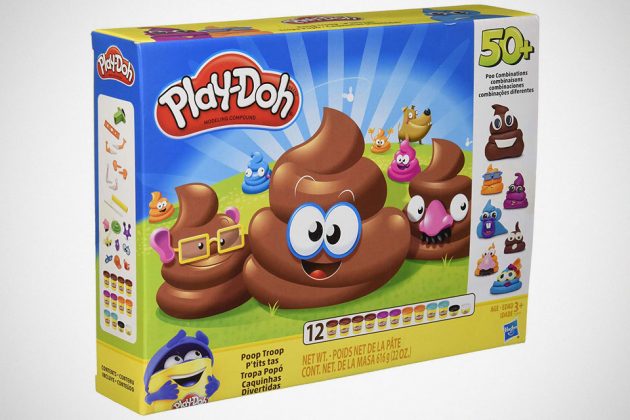 In case you are up for it, you may like to know Poop Troop comes with twelve tubs of Play-Doh modelling clay (of which, four cans are brown for, you know, authenticity’s sake), accompanied by over 50 accessories to characterize your turd creations. The inspiration is no doubt from emoji. Hasbro must be thinking if emojis can have poop and look cute at the same time, then they must be acceptable as tangible objects. 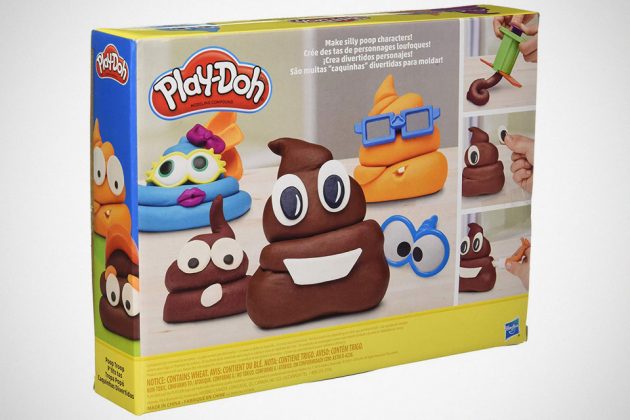 Whatever the rationale behind this bizarre playset is, I only have this to say: poop fetish starts from young. And Hasbro isn’t alone in this feces fetish. As pointed out by one Facebook user, Mattel is also embracing this turd toy fad. Well, that’s if you can even call it a fad. Btw, this is a thing. It is not a prank pulled by Hasbro and it is available now for $14.99.