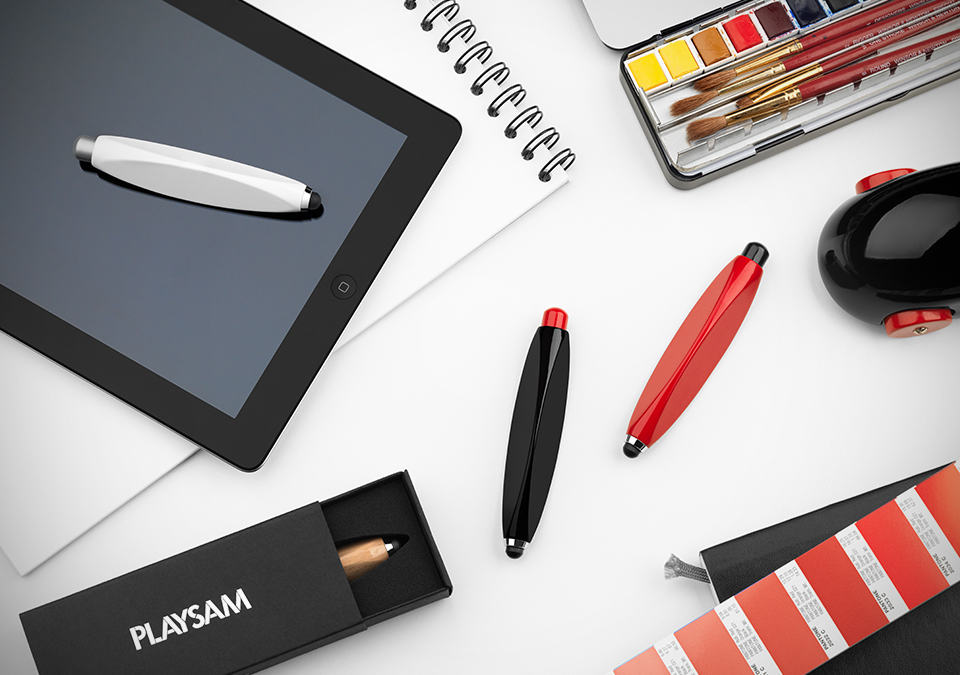 so you let your kids have their way when it comes to tablet but we think you might be doing more harm then good. you see, kids know only gestures these days and because of that they hardly picks up a pen and doodle. in that sense, we think it is bad. for us, we started picking up pens (or pencils) and caused havoc to the furniture as young as a year old and thus, we learnt to hold a pen from a fairly young age but can you say that kids today ever learn to pick up a pen as young or do they simply swipe and touch – even on printed magazines? we say, give them a stylus if you really want tablet to be part of their lives. unless you intend to turn them into finger painting artists, we’d say let them doodle using a stylus and the Playsam Pad Pen is just the right stylus for the job, i mean, for the kids. it’s triangular design may look weird but reassured that this odd grip is the result of observing how kids used their pencil and thus it is a grip that suited their hand motions. Playsam Pad Pen is one of the rare breed of stylus that is designed with kids in mind but there’s no stopping you from asking your child for permission to use it and plus, we thought it looks pretty Playsam-cool. don’t you think so? at this point, availability and pricing are still yet to be confirmed. in the mean time, you can scrutinize the Pad Pen further by clicking through for a few more look or click HERE to learn more.