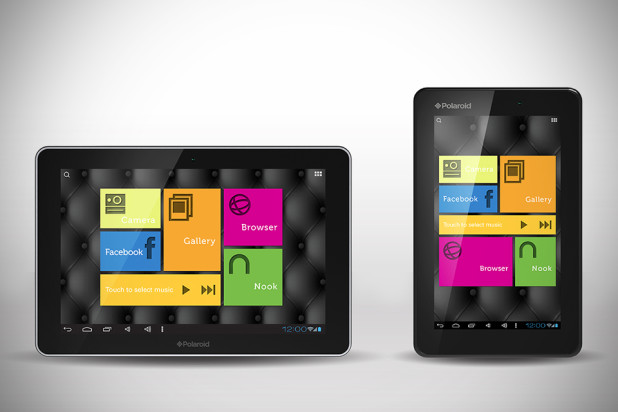 Polaroid isn’t a name synonymous with tablets but then again, they are not new to this field either. any how, they have announced two new offerings under its M Series Tablet line: the M7 and the M10 tablets – alongside a kids tablet. the first of two, the M7 Dual Core HD Tablet, packs a 1.6 GHz dual-core A9 processor with 1GB RAM, a 7-inch 1,280 by 800 resolution IPS touchscreen display boasting 216ppi (over 30% more than Apple’s iPad mini), a 2.0-megapixel front-facing camera, 8GB of onboard storage with microSD card slot for further expansion and it, of course, has built-in WiFi and Bluetooth connectivity. the M7 Dual Core HD Tablet is set to be available this Spring with a very competitive price tag of $129 a pop. the larger M10 Quad Core HD Tablet, on the other hand, is aim squarely at Samsung GALAXY Note 10.1 Tablet (we didn’t make that up but the brochure told us so). equipped with a 10.1-inch IPS panel with the same resolution as its smaller sibling (i.e. 1,280 by 800), the M10 runs on Cortex A7 quad-core processor, backed by 1GB of RAM. other goodies include a 5.0-megapixel rear-facing camera, a 2.0-megapixel front-facing camera, a HDMI out port, 16GB of onboard storage, microSD card slot, WiFi and Bluetooth connectivity and a fairly large battery with 7,800 mAh on the tap. slated to be launch this Spring along with the M7, the M10 also carries a very competitive sticker of just $229 a pop. both devices will be powered by Google’s Android 4.1 Jelly Bean and will naturally, bears Polaroid unique UI – a la Windows 8’s Metro interface.