In addition to bringing its first sports car back to life and giving its electric sports sedan a name – among many other things, Porsche is marking its 70 years in existence with a Porsche 911 Speedster Concept. Porsche described the open-top sports car as a “road ready study” and so, it is very likely it will make it into production. The question is: when? Though it is worthy to note that Porsche is still undecided about this car, but it is sure a hint of the potential series-production version which, if materialized, will only be presented in 2019. 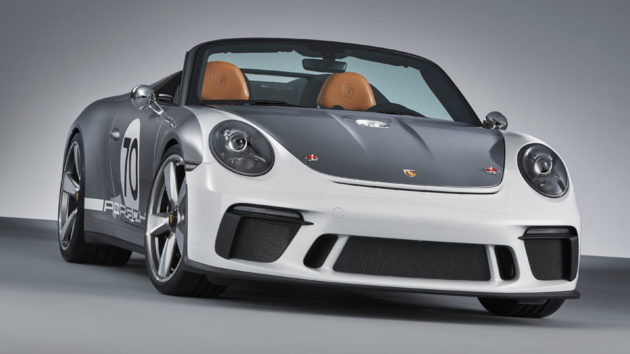 Attempting that link the marque’s very first sports car, the Porsche 356 ‘No. 1’ Roadster and Porsche cars of today, the Porsche 911 Speedster Concept is part of the official ’70 years Porsche sportscar’ anniversary celebrations in Zuffenhausen. Its two-tone shell derived from current GT model sports a shorter window frame with a more sharply raked windscreen and correspondingly shortened side windows. Porsche the aforementioned design traits “give the sports car study an even stockier profile with a very low fly line” that reminiscent of its predecessors such as the Porsche 356 1500 Speedster. TBH, the effort is rather subtle. It is hardly noticeable by non-enthusiasts and untrained eyes. 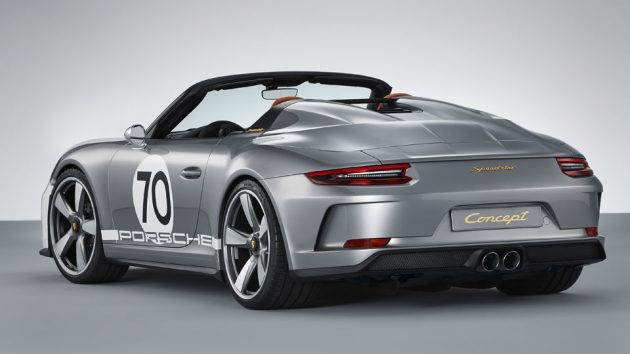 The Porsche 911 Speedster Concept is actually based off the 911 GT3 and therefore, it does indeed has the 911 GT3 underpinning. Under the hood, it gets a flat-six engine that offers over 500 horses, mated to a 6-speed manual gearbox, but that is as much as we get with respect performance. Design-wise, its rollover protection is hidden away by a special carbon fiber cover, forming the roadster requisite ‘double bubble’ and in between, black slats add an aerodynamic touch and a transparent Plexiglas wind deflector bears an engraved ’70 yeas of Porsche’ logo. 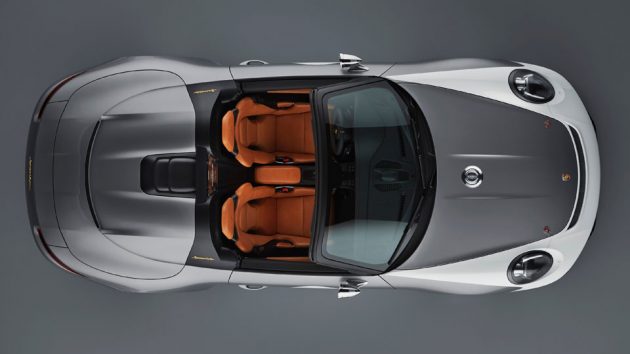 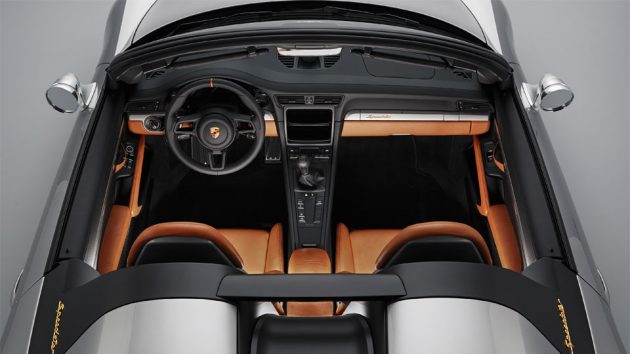 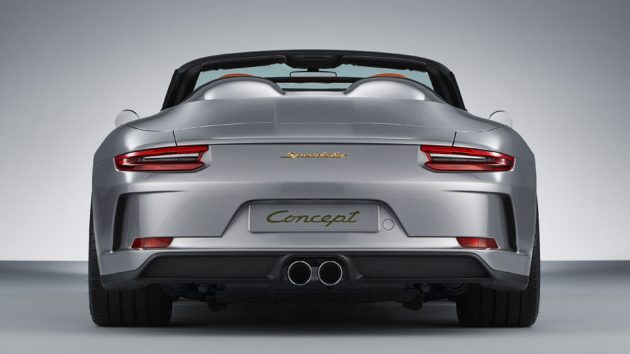 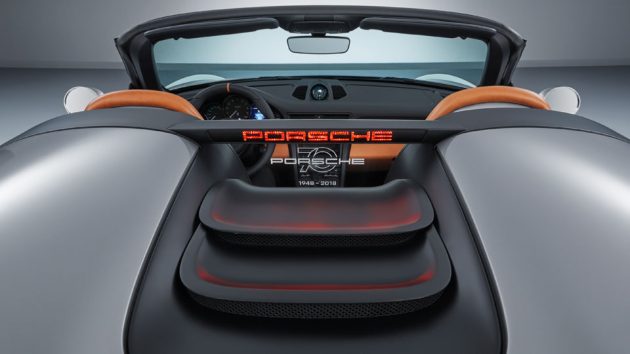