Over 500 horsepower and no less 1,570 lb-ft (2,129 Nm) of torque. Those are what it takes to tow the world’s largest passenger aircraft, the Airbus A380, but little did we know that a luxury vehicle like the Porsche Cayenne S Diesel can do the same. Granted, while it can, it obviously isn’t meant to do this on daily basis, much less doing it several times in a day. However, that didn’t stop Porsche from using the marque’s relatively puny 4.8 meters (16 feet) vehicle to tow the massive 73 meters (240 feet), 284 tons Air France A-380 out of Air France state-of-the-art engineering hangar at Paris Charles de Gaulie Airport and in the process, setting a new world record for the Heaviest aircraft pull by a production car last month, on April 21, 2017. 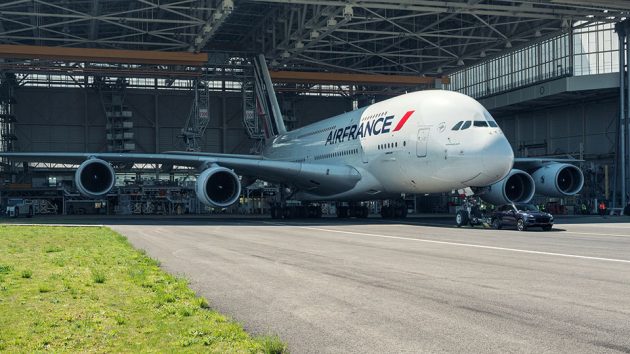 The record was witnessed by Guinness World Records’ adjudicator, Pravin Patel. What the Porsche Cayenne S Diesel did was quite a feat because, it normally takes a specialized vehicle of at least 40 tons with the aforementioned grunt to make the tow, but Porsche Cayenne S Diesel did it anyhow. Though, as mentioned, this luxury vehicle isn’t designed to do work so hard and as such, we could only imagine the vehicle had to work extra hard to make the distance of 42 meters (138 feet). 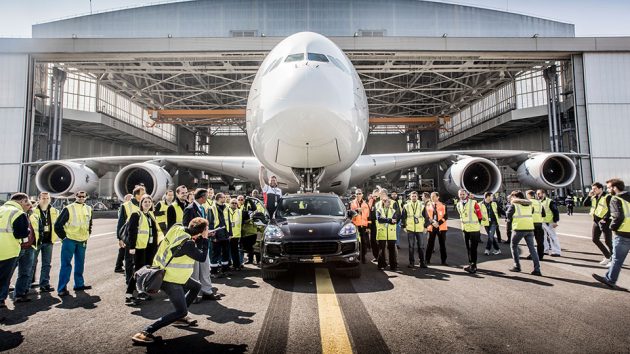 Porsche GB technician, Richard Payne, who was behind the wheel of this record feat admits that he could tell the car was working hard, but he added that the Cayenne “didn’t complain and just got on with it.” And he was going to drive the same Cayenne back to London – the same way the car got to Paris. Again, Porsche Cayenne S Diesel is never meant for such brute task, but the fact it can do it one time is a testimony of the power it has. After all, this car, even when full-loaded, weighs no more than 3 tons and so, ferrying 4 or 5 person should be a stroll in the park.

Skip ahead for the video of the entire proceeding. 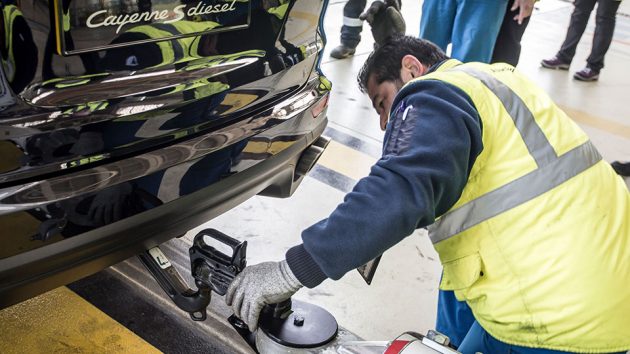 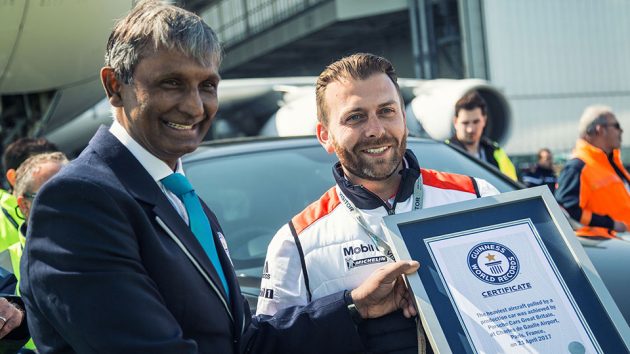