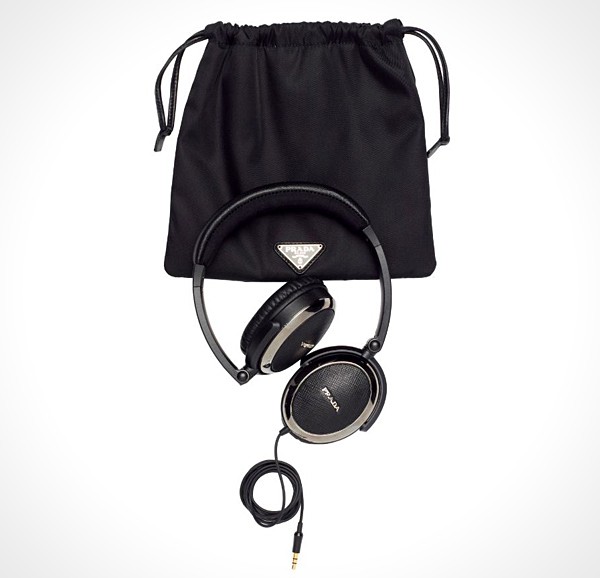 for fashionable geeks who adore designer label like Prada, you probably would be eyeing on the upcoming Prada Phone by LG 3.0 (and probably have the two first iterations already) and you can now further boost your opulent self-indulgence geeky lifestyle by making the freshly announced Prada Headphones as part of your geek-with-designer-style look. yes, Prada has launched itself straight into the high-end audio headphones arena with its Prada Headphones that sports a minimalist black design with Prada’s signature Saffiano pattern, surrounded by chrome accent, and a collapsible design. in short, it is the pair of cans that could even make the geekiest nerd look chic. like all good Prada products, it comes with a draw string bag with the all-important Prada triangle emblem slapped on. however, the price tag of $595 is kind of a deal-breaker, hard to swallow for some, but if you have a bank account overflowing with greens, then i see no reason why you shouldn’t lap up this beautiful cans. it is unfortunate that we don’t have more images to show but as consolation, click on the above image for a slightly larger view.

via Highsnobiety via Interview