In a post-apocalypse world, everything should be in a chaos and as such, going clean and green is the last thing anyone will ever thing about. However, that does not mean you can’t. You can, in the event you survive the apocalypse, do what Black Rifle Coffee Company did: turn an eco-friendly Toyota Prius into a lean, mean war machine with a functioning M61 Vulcan cannon attached atop, readying to sweep down any advancing zombies and whatnot. 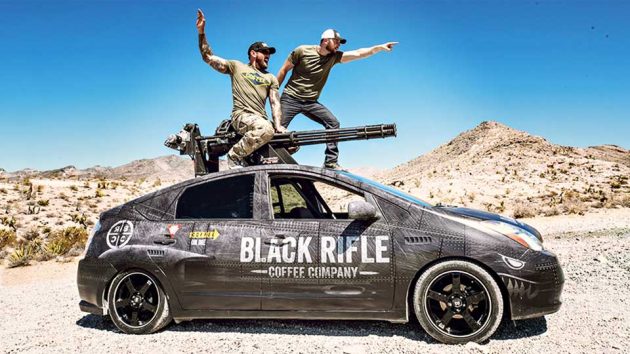 Aptly named Prius Vulcan, this bad-ass vehicle is the Prius you used to know, but it is nothing like the ‘lamer’ variety plying the roads. It was an odd choice, considering a destructive weaponry like such is more suited for tougher vehicles, such as a Ford Raptor. But a Raptor is far too expensive. Besides, the coffee company felt that it will be more fun to have it on an every day automobile. For the benefit of the uninitiated, M61 Vulcan is a very destructive and expensive weapon to own and operate. 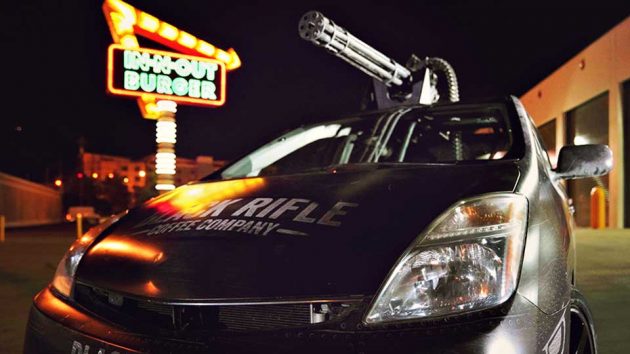 This modern day Gatling gun is a rotary cannon that is capable of shooting up to 6,600 rounds of 20-millimeter rounds per minute. The gun is usually found in fighter jets like the F16, F18, and F22 and on AC-130 gunships, and it requires a national defense kind of budget to operate. Like, seriously. The ammunition costs 27 bucks a pop and if anyone is doing the math, this gun will burn through nearly $180,000 with just a minute of sustained firing. Holy mother of… that’s absolutely insane. 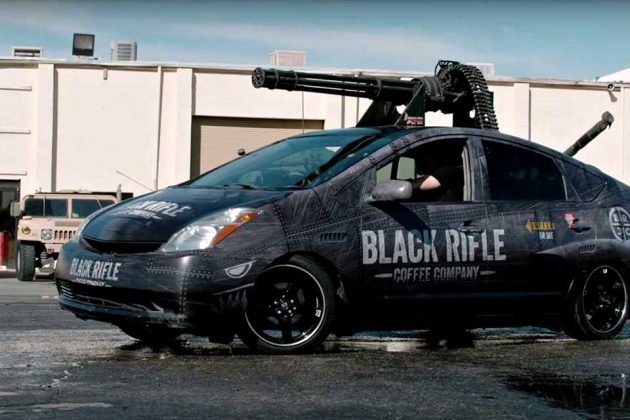 The cost to fire this baby is pretty much as insane too. Anywho, this particular example that is now part of a regular Prius is pulled from a demilitarized F16. Obviously, a civilian ride as frail as the Prius is never meant to high-powered weapon, much less a gun that weighs over 200 lbs. So, some modifications like introducing a new floor pan, addition of a roll cage and a mounting system on the roof are done to enable a civilian car to take the brunt of the kinetic energy put out this mean cannon.

NOW READ  2024 Chevrolet Corvette E-Ray: Is Kind Of Like A Hybrid But Better. Maybe? 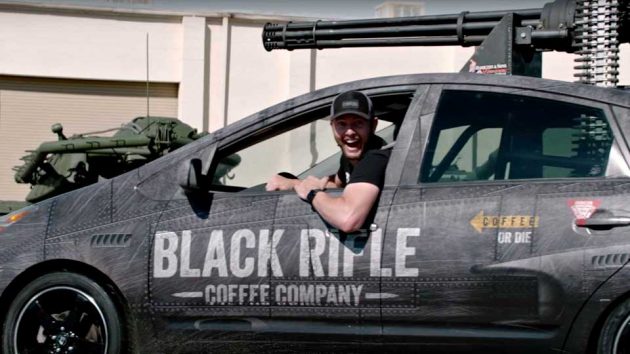 Additionally, the gun is modified with the hydraulic-fed system replaced by an electric-fed system, so it does not have to deal with additional hydraulic system. Finally, the electrical primers are replaced too, and new motors installed. The firepower of this gun is not to be belittled. After all, it is rigged to cut across the sky on supersonic jets. The over pressure can completely blow out the windshield, which it did. To mitigate this, the folks over at BRCC had to use a gym flooring under the gun to absorb the shock produced by the gun. 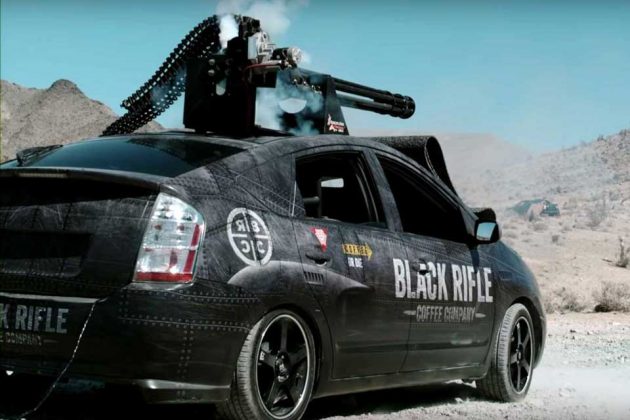 The guys love the windshield, so they’d rather keep it and give the Mad Max look a pass. Then again, with the riveted steel plate look wrap and the fearsome weapon atop, it almost qualifies as a Mad Max vehicle. All it needs are some spikes here and there, rotating blades on all wheels, and perhaps, a dozer blade upfront, and it will be good as a Mad Max vehicle/post-apocalypse zombie mower. Keep going for a video of this totally bad-ass Prius.