If you can recall, during the Tesla Semi unveiling event, Tesla also made a surprise (or maybe not…) announcement of the second-generation Tesla Roadster and more crucially, tease something that sets the heart of fans of Tesla and pickup enthusiasts’ heart fluttering. It was a pickup truck. A supersize one, to be exact, shown in a render that had a bed huge enough to swallow a F-150 Supercrew almost whole. Wait. That’s no pickup truck. It’s a truck and if the render was a projection of Elon Musk’s mind, then that thing there is probably of a Unimog class truck.

I promise that we will make a pickup truck right after Model Y. Have had the core design/engineering elements in my mind for almost 5 years. Am dying to build it.

But of course, that was just a teaser and it was in no way a representation of what the eventual Tesla Pickup Truck might look like. Then again, I will be sorely disappointed if it isn’t. I mean, look at the shrunk down Tesla Semi cab. Isn’t it gorgeous? And the masculine wide stance? It is absolutely dope! Anywho, the man himself has confirmed that a Tesla Pickup Truck is in the pipeline via Twitter in response to a customer request for an electric pickup truck. In Musk’s charismatic fashion, he replied, saying that an electric pickup truck is a promised, but only after Model Y. 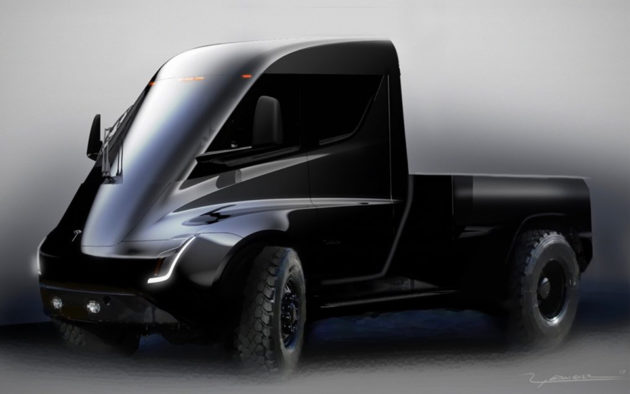 He went on to reveal on the micro blog that the core design and engineering elements have been on his mind for nearly five years and he is “dying to build it.” With regard to the size we briefly discussed earlier, Musk also revealed that it (the Tesla pickup truck) maybe “slightly bigger” than the F150 when one Twitter user asked if it will be of F150 class or larger. The larger size, Musk said, is to “account for a really game changing feature” he like to add.

An electric pickup truck from Tesla is indeed an exciting prospect, but it also begs the question: hadn’t Tesla bitten more than it can chew already?

Similar total size. Maybe slightly bigger to account for a really gamechanging (I think) feature I’d like to add. 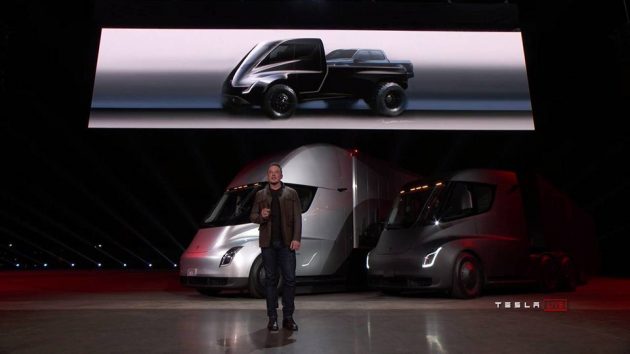