This is no Star Wars. The propulsion method suggested in the sci-fi series has just seen a major breakthrough. Indeed, we are talking about ion drive, the source of propulsion found in TIE fighters, but of course, that was a sci-fi thing and this is the real deal. The researchers at MIT has made history when it successfully flown an ionic wind-powered aircraft. 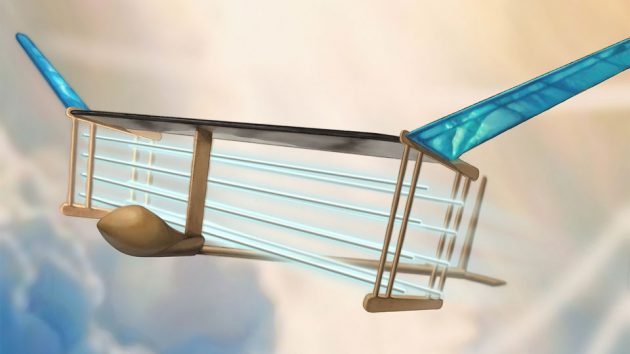 Unlike conventional aircraft that uses propellers, rotors, or turbine to create thrust, ion-powered aircraft is completely static, i.e. it has zero moving parts, and therefore completely silent. In the test flight, the 5-meter (16-foot) wing span, 5 lbs (2.7 kilograms) glider managed to cover a distance of 60 meters (197 feet, which is pretty much the limit of the gym where the test took place). 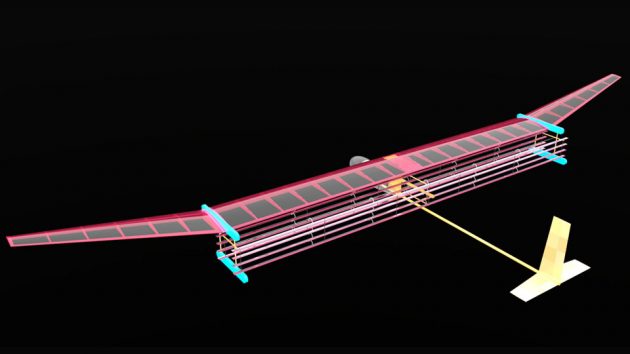 The flight was repeated no less 10 times, with the same result each time and thus proving that it can produce enough ionic thrust for sustain flight. This propulsion system is not new though. The principle of ionic wind, AKA electroaerodynamic thrust, was first identified in the 1920s.

The principle describes that a wind, or thrust, can be produced “when a current is passed between a thing and thick electrode,” and “if enough voltage is applied, the air in between the electrodes can produce enough thrust to propel a small aircraft.”

The challenge here is providing enough voltage without weighing the aircraft down, which is exactly what MIT achieved. A specially designed power supply converts the lithium polymer batteries’ output (40,000 volts) to a sufficiently high voltage required to propel the plane.

Here’s what happen when enough voltage is introduced:

Before you get too excited over this development and expect the aircraft you board the next is ion-powered, you have to know the technology is pretty much still in its infancy. It took a long time to get where it is today and therefore, it will take even longer until earthlings can zip around in ion drive vehicles. Perhaps, your grandson’s children will be able to witness it. Maybe.

Meanwhile, you can learn more in the video below.