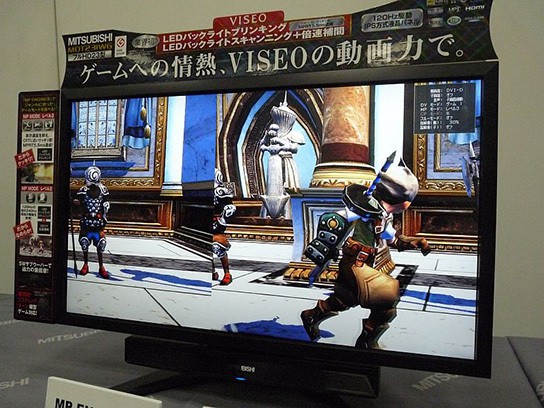 ghosting and blur images resulting in fast game play maybe a thing of the past. Mitsubishi Electric will be releasing a LCD monitor that is designed with gaming in mind. so how do they intend to do that? the trick is by controlling its LED backlight and the use of a double-speed interpolation technology at a frequency of 120Hz.

apparently, Mitsubishi has made the necessary studies and understanding the ‘game play needs’ associated with the different genre of games. for example, shooter games tend to have lag between movements such as firing of a weapon. for serious gamers, this could a crucial factor between ‘life’ and ‘death’ in a game scenario. therefore, in this mode, the monitor put reducing lag as a priority. in this mode, the monitor will not use double-speed interpolation technology, which takes time to create the interpolation images.

as for the role-playing games (also known as RPG), the lag between inputs and screen displays is not a big issue. therefore, effort were put in the generation of smooth imageries instead. in this mode, double-speed interpolation technology with a frequency of 120Hz will be employed. by creating interpolation images, and thus increasing the number of frames, users will see a much smoother images, improving their game play experience.

the monitor will feature on-the-fly switching among the three modes of game play. is there such a need for a dedicated and sophisticated gaming monitor? i don’t know. perhaps, serious gamers can comment better on this. i just hope ghosting or image blurs on displays will be a thing of the past, not just for gaming but for movies as well.