Quebee Wireless Camera may have failed in their recent Kickstarter endeavor, but that doesn’t make it any less attractive, at least not in our books. video selfie enthusiasts can look forward to this cute little device which will be relaunching in “early 2014”, presumably via Kickstarter, again. billed as your personal videographer, this cube shaped camera sports a sleek build comprising of anodized aluminum and plastic housing that is weather resistant and has a standard mount for mounting to standard camera tripods. hard specs weren’t provided, but according to the New Zealand-based company, it is capable of capturing wide-angle HD video, as well as time-lapse video.

it has both WiFi and Bluetooth connectivity to hook up with your smart devices for viewing live feed, change camera settings, remote record, browse and playback videos, upload footages to cloud services (Dropbox, Google Drive and the likes) and of course, download those videos to your device. it has a built-in rechargeable battery that boast up to 5 hours of standard video recording and up to two days of time-lapse videoing. other worthy mentions include built-in high quality microphone and speaker, configurable RGB status LEDs, mini USB for charging and PC connection, and single push button control.

we are not sure how much it will cost when it relaunches next year, but as an indicative range, the last time it was on Kickstarter it was going for between $99 and $199. so, we should be expecting around the same range when it becomes available early 2014. in the meantime, you can pick up more information in the product’s Kickstarter pitch video below. 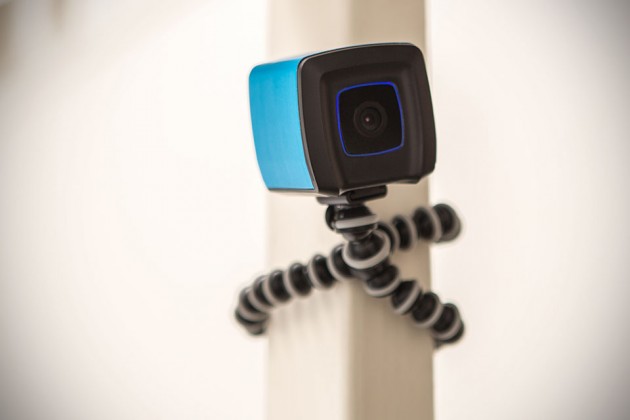