ever wanted an Android handset with a touch of gold? well, now you can – with the new Oppo R1 Smartphone. though that little gold-effect is only found on the metal band and only available to the white version of the handset; the black version stills get the silver treatment. apart from the subtle touch of class in a largely iPhone 4-ish design, the R1 is still a mid-range Android handset powered by a quad-core 1.3GHz MediaTek processor with 1GB RAM.

apparently, imaging plays a huge role in the Chinese market and hence, the emphasis on the imaging department for nearly every phone Chinese makers have been pushing out. speaking of which, the R1 main shooter has a Pure Image processing engine and features a 80-degree wide-angle lens, CMOS sensor, night mode imaging, voice and gesture shooting, panorama, and five-image continuous shoot and more.

the R1 smartphone might be mid-range on the spec-sheet, but its sticker speaks otherwise; it goes for 2,498 RMB, or about US$411, which is no where near cheap both in and outside of the China market. considering you snag a ‘high-spec’ BLU LIFE Pure in Stateside for under $350 or a Xiaomi Phone 3 for 1,999 RMB, if you prefer to stack it up to another Chinese handset. that said, we could imagine this R1 is kind of overpriced even for the Chinese market. 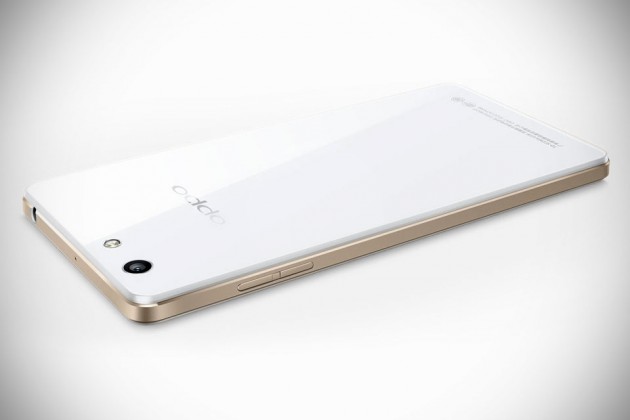