most of us are old enough to still know what a typewriter is and if you are one of the “most of us” you probably would have fiddled it at some point in time, not as a writer, but as kid. the fact that words can be formed just by hitting those keys and the carriage was capable of returning to the start were enough kept us in awe. my cousins and i often can’t help but to do some role-play as a dutiful typist typing down every word Mr. Detective had to say. of course, we typed things that did not make any sense, expending countless papers that would make eco activists shake their heads in disapproval. and that was the typewriter we knew. we marvel at its invention and reminisce the little unprofessional time we had with it. if this little story invokes your fond memories with typewriters, in particular the feeling of typing on those mechanical keys, then we think the Qwerkywriter Mechanical Keyboard might be of an interest to you. 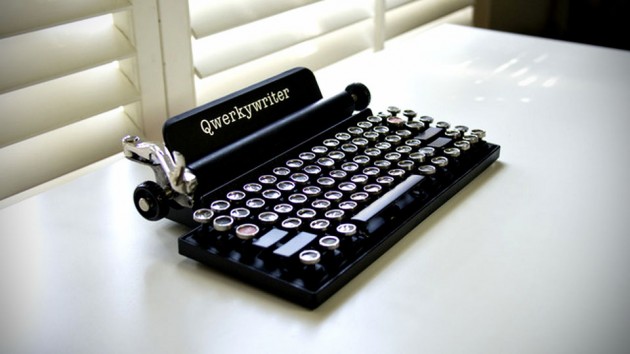 though it looks like the ancient Remington typewriter, it is not one. it just looked like one and beyond its retro keys, platen and all, it is a modern day wired mechanical keyboard where CTRL-V is still ‘paste’ and CTRL-C is still ‘copy’. well, you get the idea. it features 84 keys in custom vintage typewriter-inspired caps, hooks up to your PC or Mac with a detachable USB cable, and has platen and carriage that holds up your tablet instead of moving. so if you are all in for the retro-look for your every computing needs, the Qwerkywriter Mechanical Keyboard could be it. Qwerkywriter Mechanical Keyboard is on the last leg of its crowdfunding campaign on Kickstarter where you have like 12 hours more to pre-order one for $295. the project has met its set funding goal, so Qwerkywriter is a go, but it is worthy to note that if you make the pledge, it will be a long arduous wait for next August i.e. 2015 to see it at your doorstep. 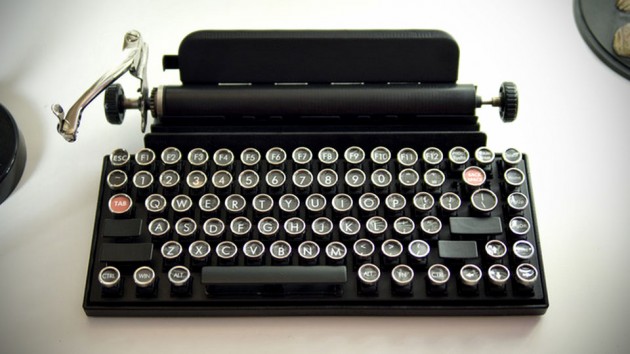 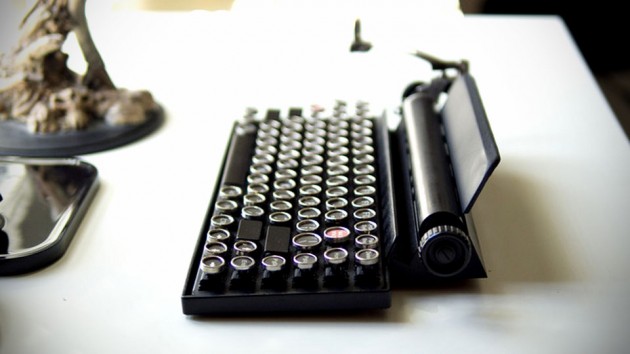 Kickstarter via The Gadgeteer