what has art, wireless charger and a smartphone have in common? probably nothing, well, at least not until the Swich Wireless Phone Charger comes along. hailed from Slovenia, this sculpture-like, artsy device stand is crafted from natural materials such as hardwearing American walnut wood and ceramic, and has a wireless charger built into its angled pedestal top. the charging surface is covered with an acrylic foam sheet with micro-suction cups to keep your device firmly in place when it is resting on the stand. the surface is intentionally angled to allow you to use your device while it is charging and it can swiftly switches between portrait and landscape mode as desired. it uses Qi wireless charging technology, which means it can charge Qi wireless charging-enabled Android phones such as the Nexus 5, as well as iPhones fitted with Qi standard cases. 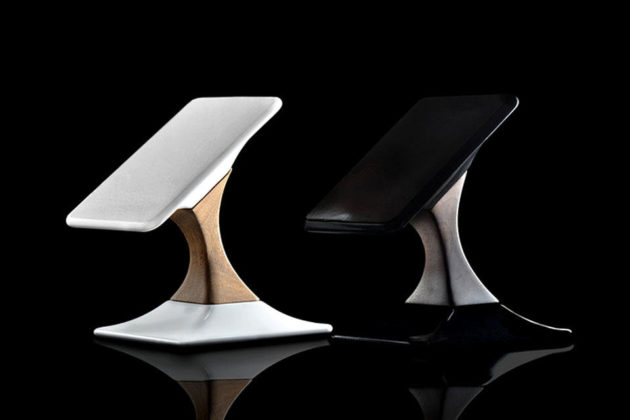 it has been a while since we come across something this beautiful, but there is just one problem. the Swich Wireless Phone Charger is yet to be a reality. the Slovenia-based behind it, Lutman Design, needs your financial commitment in order to take this from prototype to product. if you are pleased by what you see, you can show your love by pre-ordering one from Swich’s Kickstarter campaign. though we have to warn you that it is not cheap. early backers is expected to fork out $140 for one and if that runs out, you are looking at $170 a pop. that’s quite a bit to pay for a wireless charging stand, but it will be something you can keep using as long as Qi standard is alive and available on your next device. the ball is on your court. you be the judge of its worth. if you need a little persuasion, there is a video after the break that might help in your decision making process. 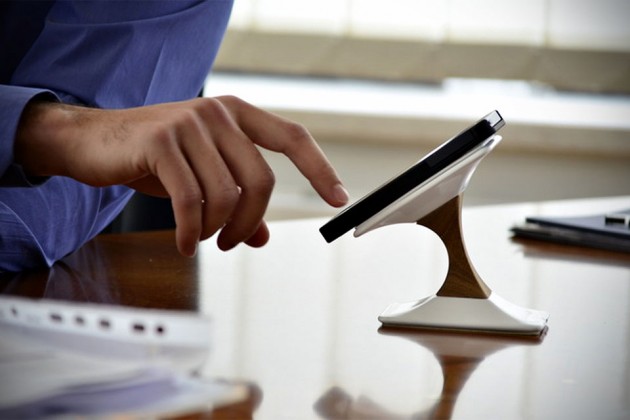 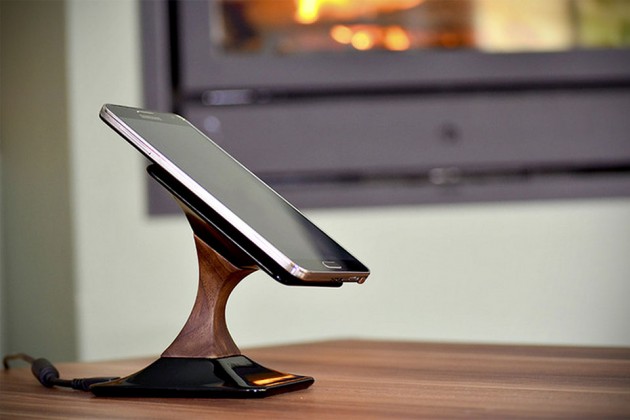