Forget about those Star Trek ComBadge replicas. The Star Trek TNG Bluetooth ComBadge is the Star Trek ComBadge you want. Why? Because it is not some dumb replica that merely looks good; it is one that works like the real deal. Paired it to your smartphone and you will be communicating like the Star Fleet crew. It even has the requisite chirp too, you know, for authenticity sake. Bluetooth technology and a built-in microphone affords communication with a touch. 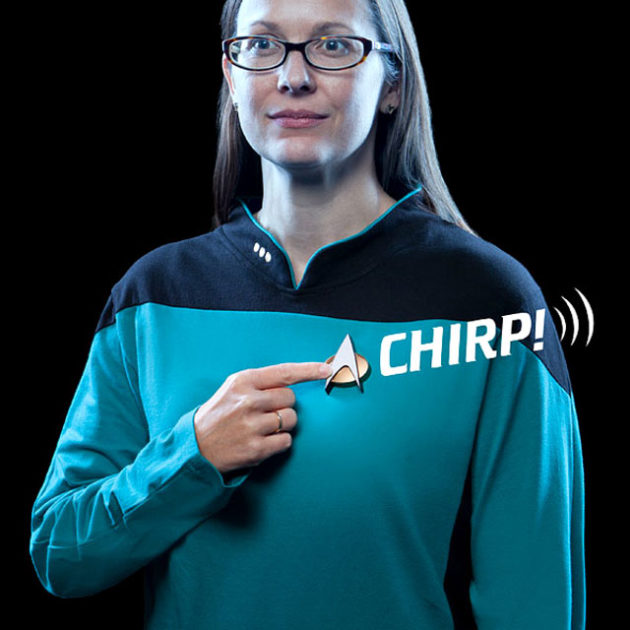 And if we may say so ourselves, this Earthly, 21st century invention is one step up the game compared to the year 2364 variety. It will let you play or pause music, and even summon Siri, Google Now, or Cortana – also with a tap. This is just about the coolest thing any Trekkies can get for themselves. Star Fleet crew uniform is entirely optional, but it will be nice if you have those on. You can pick up this officially licensed Star Trek: The Next Generation merchandise as a pre-order now for $79.99 a pop.