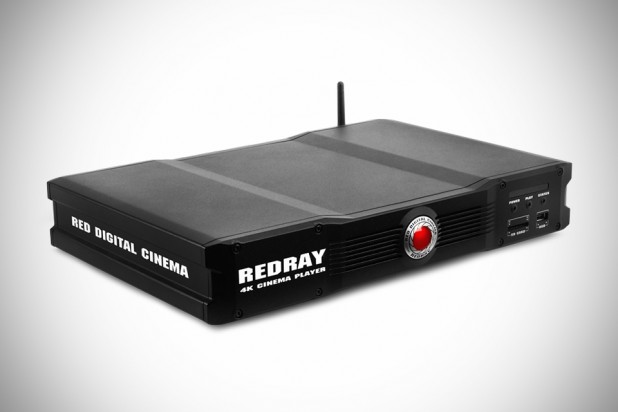 there are a couple of reasons why one might be in need of a 4K cinema player: first, you probably have a 4K video rig and a 4K UDTV but don’t have a player to playback those ultra high definition footages and two, you are just one heck of an insane videophile who believe that the only the best resolution available to mortal beings is the only resolution that your eyes should accept. whichever the reason is, this bad-ass REDRAY 4K Cinema Player could be your only option for now. costing a cool $1,450, it is the first plug-and-play device that’s capable of serving up 4K contents to 4K displays. features include a 1TB hard drive for your crazy-sharp digital contents, USB ports and an SD card slot for transferring files over (a manual and tedious but effective process), Ethernet ports and built-in WiFi for Internet connectivity, 3D playback at high frame rates (up to 60 fps), upscale H.264 based HD files to UD resolution, connects to your HDTV via a single HDMI 1.4 cable or four HDMI 1.3 cables, plus a dedicated HDMI output for 7.1 channel 24-bit 48KHz surround sound audio. oh, and it is capable of simultaneously drive up to four HD panels or two 4K displays – in case if one display is never enough for you. last but not least, it is controllable via the supplied remote or with your iPad, using the REDRAY iOS app. available for pre-order now with shipment slated to start in Q1 of 2013. click through for a some larger views.