Star Wars: Episode VII – The Force Awakens will only be hitting the big screen this December, but its trailers so far have created quite a stir, including a black stormtrooper (we see nothing wrong with that, btw), a ‘revolutionary’ rolling droid that turns out to be a real working droid, and also the controversial new lightsaber wielded by the new Sith in town, Kylo Ren. For uninitiated, the crossguard lightsaber, as it is commonly referred to, features light projected out of either side of the sword that will serve as crossguard, much like those ancient European longswords. Putting practicality aside, Ren’s lightsaber definitely has the cool factor and if you happen to be a fan of it, you’d be glad to know you can actually bag one ‘replica’ mastered by the folks over at SaberForge even before the movie hit the theaters. 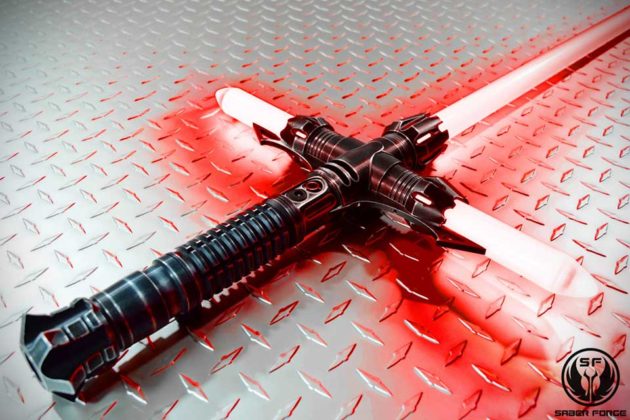 Dubbed RELIC V2 Custom LED Light Saber, the hilt is of CNC machined 6061 and is offered in three variations. The basic, called “Initiate” is just a plain hilt with blade plug and covertech knob, but has no blade and electronics. The second version is known as “Warrior 12w” which is the “Initiate” but with 12w main LED, 6w side LEDs, rechargeable battery, plus charger and v4 infinity edge blades. The final tier version, called “Champion 12w,” has everything the “Warrior 12w” has, plus SaberCore soundboard in-hilt recharge feature, kill key, and a 3A smart charger. For the latter two, you will have a choice of color for the blades, but why would anyone choose anything other than red? Regardless, it is good to know you have the options.

RELIC V2 Custom LED Light Saber is handcrafted and made-to-order, and as may have already imagined, it does not come cheap. The basic getup will run you back at $299, or $384 for the “Warrior 12w” and the range-topper “Champion 12w” will hit you with a cool $534 bill. Continue reading for a few more look at this sweet work of art. 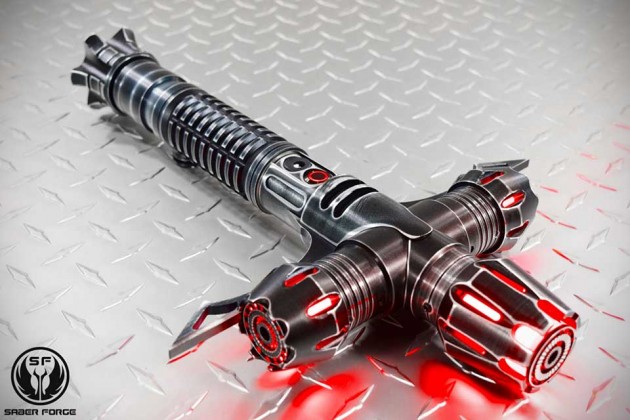 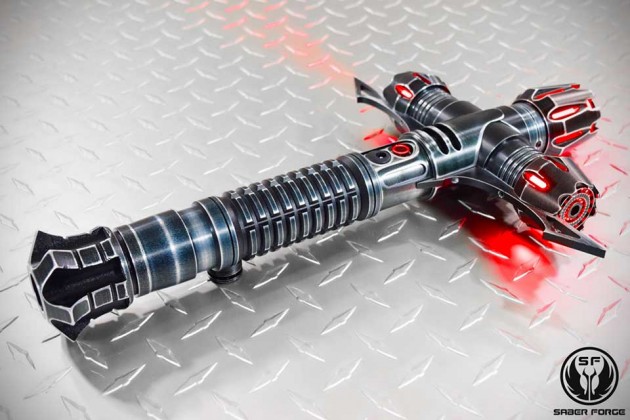 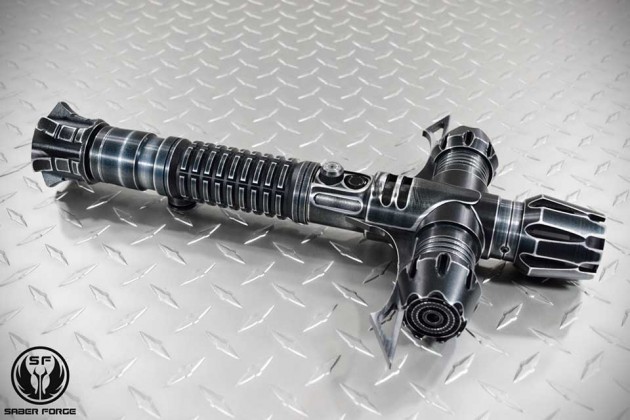