if there’s ever a ‘the grossest iPhone case’ or ‘the creepiest iPhone case’ award, we have no doubt that the Rhubarb Gusokumushi iPhone Case you see here will win hands down. and we thought having food and a hand stuck to an iPhone were weird enough… apparently we have yet to seen the ‘best’ until now. fashioned after the marine oddity, the Rhubarb Gusokumushi iPhone Case is, not surprisingly, a product of the Land of Weird. though it is worthy to mention that this isn’t the first isopod case for iPhone 5/5s; Strapya is peddling one, but that version is far from being gross or creepy. as you can see, this Rhubarb Gusokumushi iteration is hyper-realistic, showing you every bit of the giant isopod’s crawlies in all its lifelike glory. the crawlies are what’s holding the iPhone, which is a bit of an innovative idea and yet rather gross at the same time. 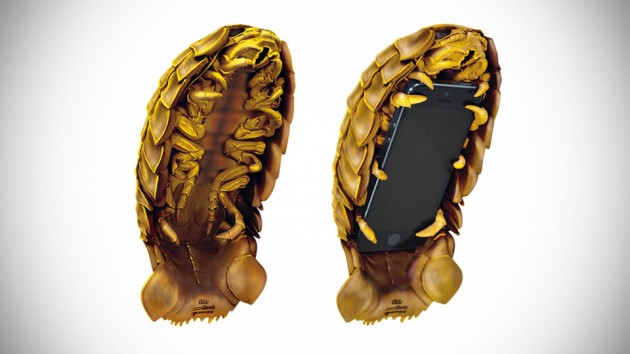 the only thing this case lacks is some remnant saltwater and some obligatory slime to go with it. the case has a two-piece construction like most slide-on cases in the market. just slip the ‘tail’ out, slide in your device and snap back the ‘tail’, and you are all set to put the put the deepsea crawly on your face. we have little information on this thing, mainly due to our lack of knowledge in Japanese language, but as far as we can see, the case might hinder your access to the headphone jack and looks to have limited space for accessing the volume and mute buttons, which kind of makes this a novelty item than a serious everyday case. seriously, you are not going to put a giant isopod on your face, right? on the other hand, if head-turning attention (or should we say, disturbing attention?) is what you seek, the Rhubarb Gusokumushi iPhone Case would be right up your alternative vanity alley. 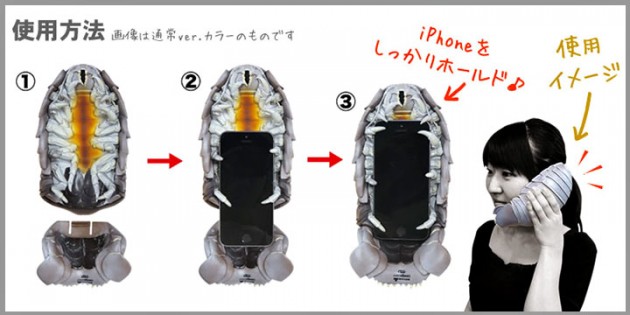 available in a choice of silver and gold version, the Rhubarb Gusokumushi iPhone Case has a limited run of just 500 gross-out examples and is only available in, you guess it, Japan. the silver variant goes for 8,618 Yen (or about US$85), while the gold version will set you back at 13,824 Yen (around US$135). so besides being rather aesthetically disturbing, it is also quite pricey too.

p.s. apparently, Rhubarb Gusokumushi was a real, living marine isopod that was once a resident at the Toba Aquarium, but it has since died (in February this year, we heard). so this is kind of a tribute to this alien-like creature. keep going for a couple of more looks. 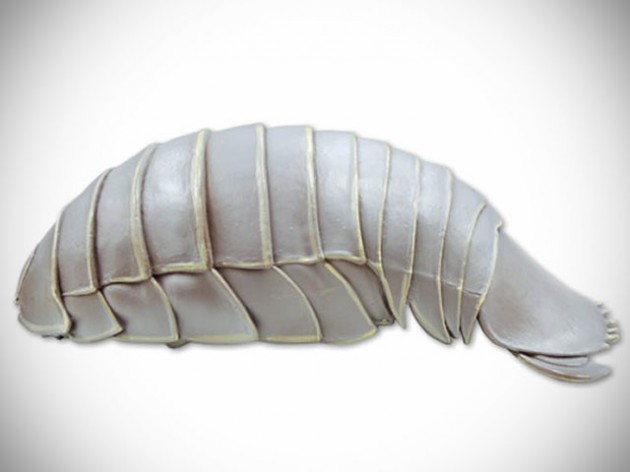 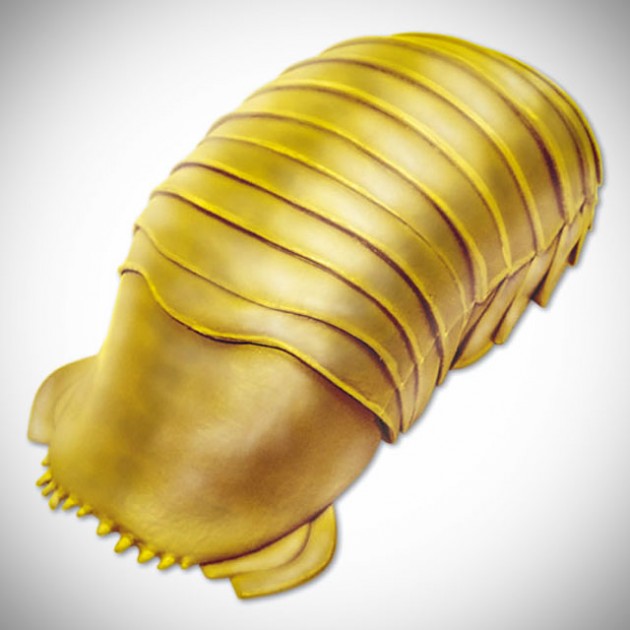 IT Media via New Launches