Folks, this is Robird, a robotic bird (or drone, if you will) that’s intentionally designed to look and fly like a bird, or to be more specific, to look and fly like a Peregrine Falcon or an Eagle, and what this means is, it flies by the act of flapping its wings, like a real avian creature does. You must be thinking, “with today’s drone technology, why would anyone need a drone with flapping wings?” Well, as a matter of fact, we don’t, but if you are going to chase away pesky birds in areas like farms and airports, what’s better than to have those avian creatures’ natural prey hanging around?

I mean, Peregrine Falcon and Eagles will literally have them for lunch (the real ones, of course), and surely, those birds that have been bothering farmers and threatening airliners would be scare shit if a prey is poking around and therefore, they will instinctively avoid the areas that the bird of prey’s presence. And that, folks, is primarily what the Robird serves to do. According to its creator, Netherlands-based Clear Flight Solutions, traditional bird scaring tactics often get override by the birds’ ability to overcome the fear eventually and therefore, those solutions won’t sustained. 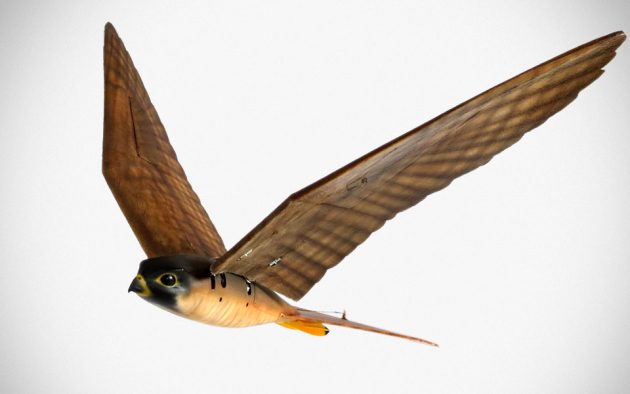 But with a natural prey patroling the air, it will be a permanent of solution that will eventually drive the birds out of the human-defined no bird zone. So I guess that kind of makes Robird the scarecrow of the 21st century. Anyways, with the exception of the lack of feathers, Robird does indeed looks and flies pretty much like a real bird of prey and so, there’s every reasons for the real avian creatures to be afraid of this fearsome hunter of the sky. 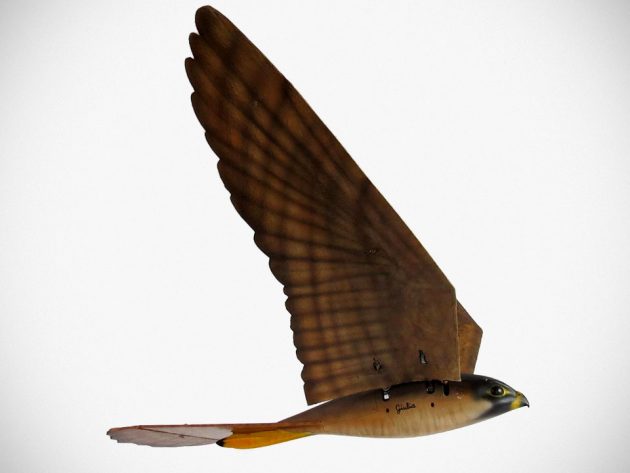 Apart from chasing birds, Robird can also sideline as eyes in the sky to track down lost animals or even land surveying, but what’s the fun in that, right? All we wanna do is to scare the shit out of birdies that are just trying to feed themselves and occasionally, shit on us. Anywho, Robird is hardly the first unmanned aerial vehicle that flaps. There are a bunch of them before it, including the likes of Festo Seagull-like Smart Bird, AeroVironment’s Nano Hummingbird, TechJect’s Dragonfly, Kazuhiko Kakuta’s Flaptter, and more recently, the Bat Bot B2 by Caltech. 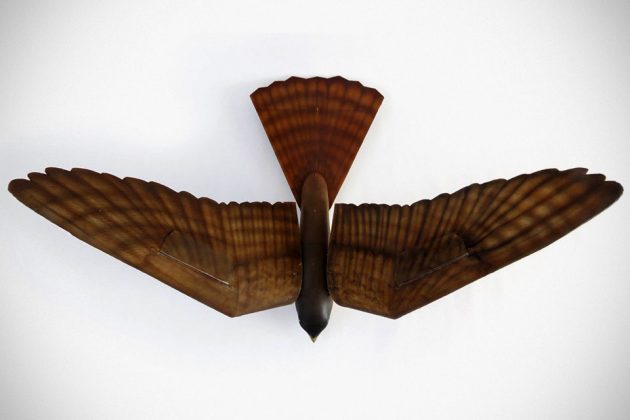 Excited already? Yeah, us too, but before you reach out for your credit card, thinking of acquiring one, well, you have to know this majestic robotic birds aren’t for sale to consumers; they are part of a service provided by Clear Flight Solutions to help the aforementioned places free of the danger posed by birds. But if you really want a flapping drone, your best bet would be the Avitron RC Flying Bird which you can pick one up from Amazon for $107.99. 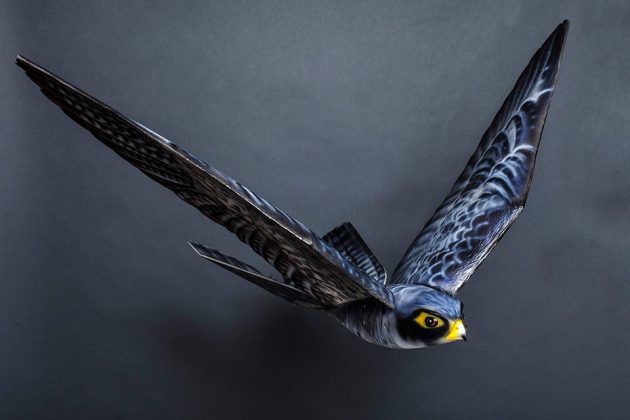