I am sure you are familiar with The Rocketeer. Whether or not you associate “Rocketeer” with the 1991 Disney’s movie, or the comic book version, or simply someone who flew with a half-baked jetpack on his back, it does not matter because, The Rocketeer Pack here is not for humans; it is a multifunctional pet harness for use when you are bringing dear fido on a spin, in your lovely automobile. As you can see, The Rocketeer Pack Multifunctional Pet Harness is not exactly the most glamorous way of securing your pet dog to the car seat, but it will work.

In fact, I think it could be a real life-saver in time of accident, preventing your canine friend from being thrown around the car by the brutal inertial, or it could prevent an accident altogether – simply by keeping fido where he or she should be, and not dancing on the driver’s lap, or kicking your auto gear into sudden reverse when at 60 mph (I know that won’t happen in modern day car, still…). Like I have said, it is not exactly the most glamorous. Hell, some animal lovers would probably frown upon seeing doggie being this hung up, but what the hell, it is all in the name of safety, is it not?

As a bonus, it is not just for automobile use only. It also serves as a wearable harness that works much like a baby carrier. Meaning, it lets you tote around fido or kitty on your chest like a baby for times when you are too lazy to walk the pet, or when your pet is too lazy to walk on its own. Perfect for perpetually agitated pets who are constantly looking for a fight in the park with other furry animals. The worst case scenario here is, you will always have a barking chest. 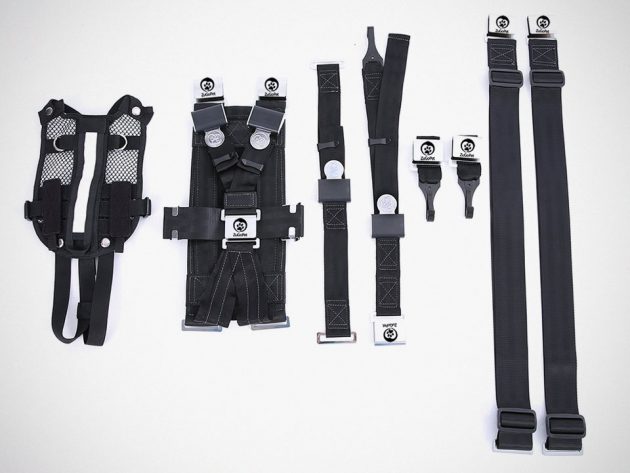 There’s a couple of caveats though. It is no good if your dog weighs over 25 lbs, or dogs that over 19 inches long when measured from the collar to its rear. Also, it is kind of pricey too. It has a retail sticker of $175, but now, it is going for 25 percent less at $132. Oh, looking at the product photos, the modelling dogs’ expression looks kind of familiar… it looks like the same expression I had when I saw some weird shit going on. You know, the what-the-hell-is-going-on look. 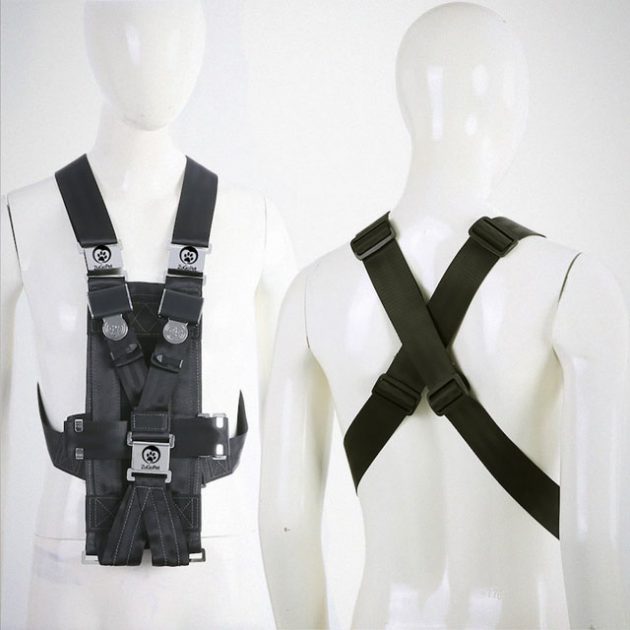