Drones have made a lot of difference in our lives. They changed the way we talked selfie, below the water hull inspection, sprawl a new form of racing sport, and even elevates (pun intended) pranks. The toilet paper drone prank, pulled off by young CEO of Teal Drones, is example the latter. CEO George Matus thought it will be fun to give his COO Billy McGuire a memorable ‘present’ to mark the COO’s two years with the U.S-based drone maker. 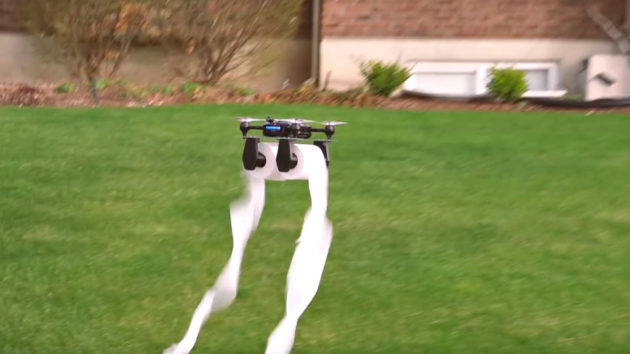 Matus ‘present’ of choice is the classic toilet paper prank, executed by a custom-equipped drone that holds two rolls of toilet paper which he then used to spread all over McGuire’s majestic resident. Do take note that McQuire’s house is pretty tall one and if one wishes to cover the top, it will be job best left to a thing that flies. For those clueless about the toilet paper prank… it is kind of a stateside exclusive, popular among college kids.

The prank involves covering a house with, what else? Toilet papers, obviously. I tell what. The aftermath of a toilet prank, though completely harmless, is a pain to tidy up. So, there you have it, a classic prank gets elevated with the help of technology. I guess that was just some harmless fun there which was a little better than scaring the shit out of people, right? For Matus, it would be prank/free marketing for his company now that the video has gone viral.

OK. No, it didn’t quite go viral. Never mind… While the prank seem rather harmless, it could potentially is a nuisance that could land you with some questioning by the police officers. So, don’t go around replicating the same.

Continue reading for the video of the Teal Drones Toilet Paper Drone Prank.