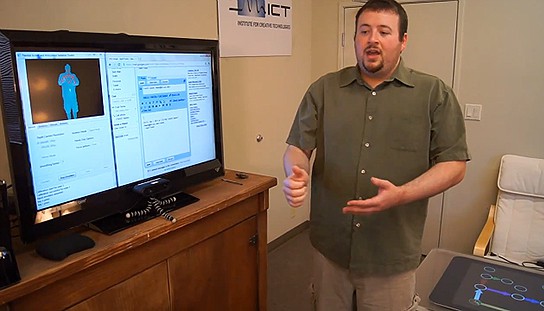 we had a good laugh at Google’s GMAIL Motion. it turns out that the folks over at the University of Southern California did actually make it work. so is it for real this time round? check out the video after jump and judge for yourself. these dudes from the Institute of Creative Technologies or ICT has made Google’s joke a reality with the use of Microsoft Kinect, employing the same (fantasy, i say) gestures as Google has suggested in their April Fools’ Day video. while i enjoy this video, i still have doubt if this is even real.

somehow the acronyms FAAST (Flexible Action and Articulated Skeleton Tookit) and SLOOW (Software Library Optimizing Obligatory Waving), does make me feel that this is yet another joke. however, the video also quantify that “this application is pretty ridiculous. however, the software powering it is real.” i still don’t know what to make out of this video. so, is it real or not? in anyway, if you are still not aware of the Google’s joke, you might want to check it out HERE.