Before we proceed, you have to know that this is an unverified story, but given that it has pictures as proof and also, it is really, really intriguing, we decided not to pass it up. According to a report, a grieving father in Ufa, Russia, has made a giant replica of an iPhone, complete with the deceased’s photo on the “screen,” along with buttons and all, as a headstone her daughter’s grave. Her daughter passed on a few years ago in 2015 at a tender age of 25. 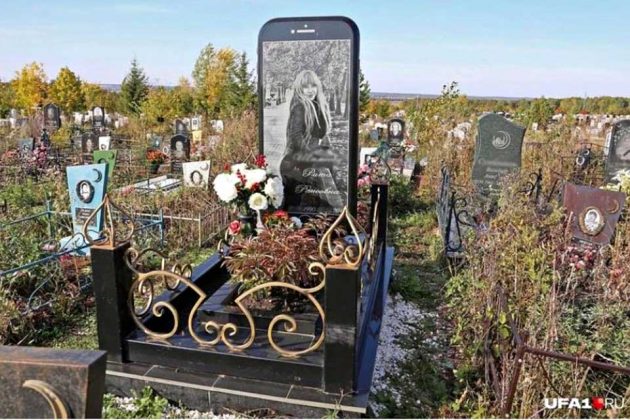 But, really, there are no details on this. However, we are going to assume that this daughter by the name of Shameeva had a thing for iPhone. We read that the headstone was crafted from black basalt which gave it the reflective property like it was found on an actual iPhone. Beyond that, it is not known which model of iPhone it was modeled after. From the look of it and also basing on the year Shameeva left this world for a better place (where hopefully, iPhone does not cost a bomb), we are going to go out on the limb to say it is an iPhone 6 or 6s.

Apparently, it wasn’t the first. There’s a company that craft headstone inspired by Apple’s smartphone. Heck, I bet Steve Jobs did not even have an iPhone as a headstone, but he probably would be proud to know that the creation he started can also be found in graveyards.

Go ahead and steal a few more look, followed by a video of a short video on the aforementioned company that does this quirky iPhone headstone. 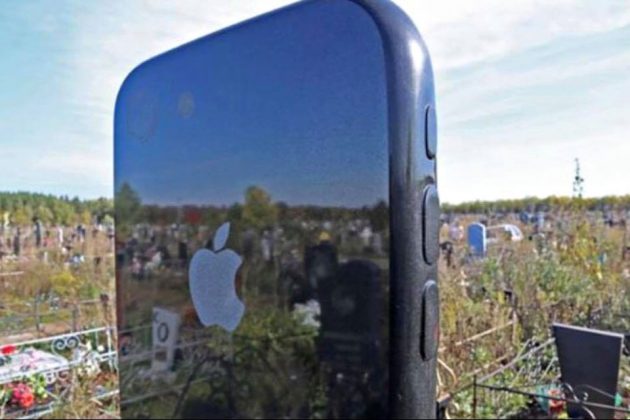 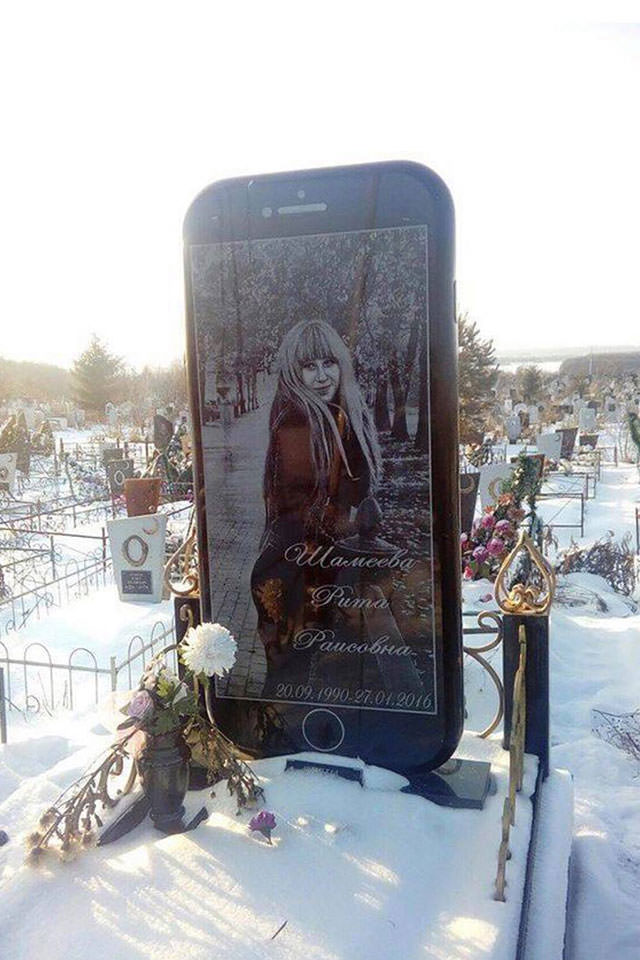