This is the latest pair of Chromebooks from Samsung. Being one of the early Chromebook maker, Samsung is certainly no stranger to Chrome OS powered hardware, but the duo announced yesterday is different; they are designed with Google Play in mind which means, in addition to Chrome OS staples, you will be able to experience Android apps on these two devices too. While being a laptop/tablet hybrid isn’t new, it does boast a Chromebook first: a stylus. Now, that’s something refreshing, particularly because it is no ordinary stylus; it is a digitized pen, meaning your S pen experience on Samsung’s smartphones is now available on Chrome OS and this also means you get to enjoy pressure sensitivity when making its 0.7mm pen tip do your bidding. 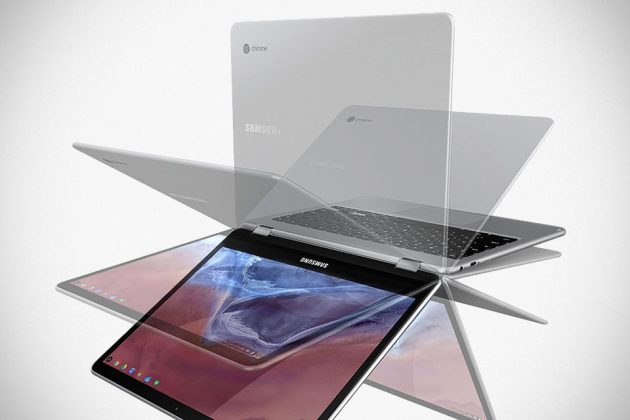 Like the smartphone’s, the pen here is also embedded on the side of the device, disappearing into its dedicated cavity when you don’t need it. As you get see, these stylus-equipped Chromebook gets a 360-degree rotating touchscreen that would allow it to be used as a laptop, or as a tablet. Other noteworthy details include a 2,400 x 1,600 resolution display, an integrated full-size keyboard and trackpad, 4GB of RAM, 32GB of storage, two do-it-all USB-C ports, a battery pack good for up to 8 hours per charge and 4K video streaming support.

The Samsung Chromebook Plus, which is powered by an ARM processor, goes for $449.99 and up, and will be available this February at major retailers. The Chromebook Pro, on the other hand, is driven by Intel Core m3 processor is slated to be available later this Spring. 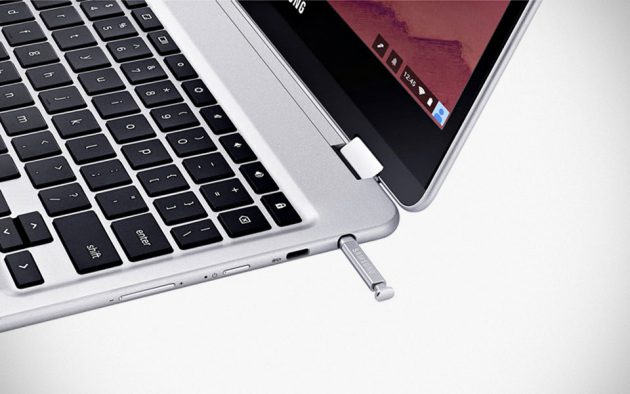 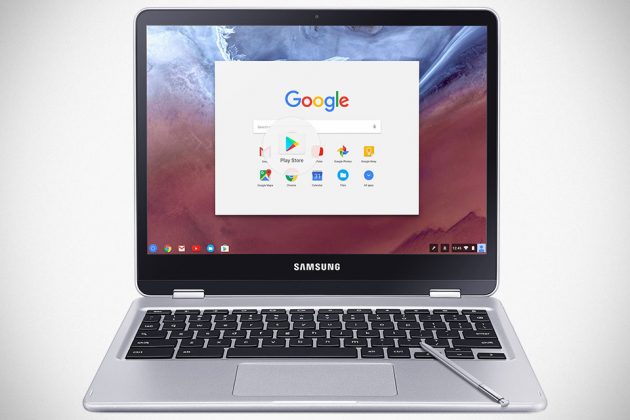 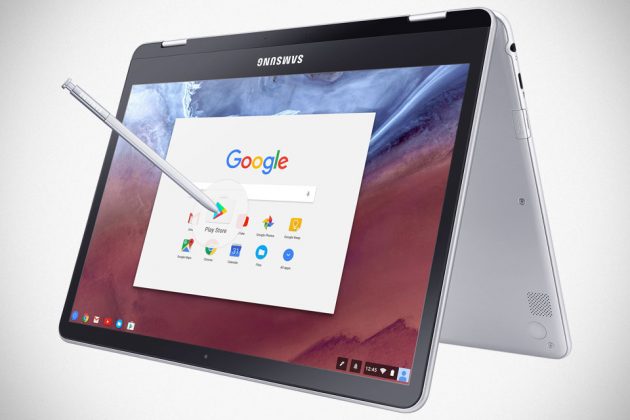 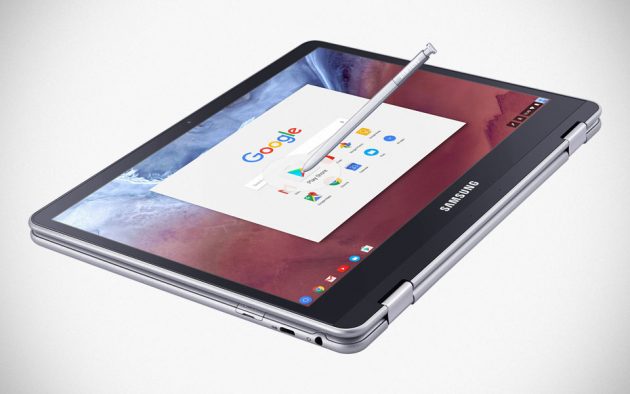