with so many Samsung smartphones going 5-inch and beyond, we hardly think there will another one from Sammy that doesn’t. however, the Samsung GALAXY Core Advance Smartphone is in fact, a sub-5″ device that, according to the Korean electronics giant, has a mission to “provide a meaningful design to extend Samsung’s powerful technology to more users.” we are going take the statement as a nice way of putting the GALAXY Core Advance as a budget, or entry-level handset. no indication of the price to support the fact, but from the spec, it certainly is a budget device. spec-sheet include a 1.2GHz dual-core processor, 1GB of system RAM, a 4.7-inch WVGA (800 by 480 pixels) touch display, 8GB onboard storage which expandable up to 64GB via microSD, a modest 5.0-megapixel autofocus main camera, a VGA front-facing camera, a 2,000 mAh, plus the usual stuff like 2.4GHz WiFi, Bluetooth 4.0, GPS with GLONASS, NFC. it will of course, blessed with garden variety of sensors.

as you have read from the spec, this is no doubt an entry-level device which has a sole purpose of inducting new users to the GALAXY world, through a Samsung-isque sleek hardware and software experience. the Samsung GALAXY Core Advance Smartphone will be offered in Deep Blue and Pearl White, and is set to hit the market early next year. though, Samsung never make clear which are the markets this handset will be heading to. what can we say? the Core Advance is just another device from Sammy and to be honest, with the firm rolling out so many handsets a year, we are kind of ‘immune’ to their offerings. it will also, in our humble opinion, stall creativity and innovations as resources are poured in to create new phones for every other month. that’s just our opinion, but still, we think you should know there’s yet another device from Samsung and it had a proper PR too. btw, aesthetically, it looks a bit of a cross between the Note 3 and S4, so i guess there isn’t much design process to talk about, eh? 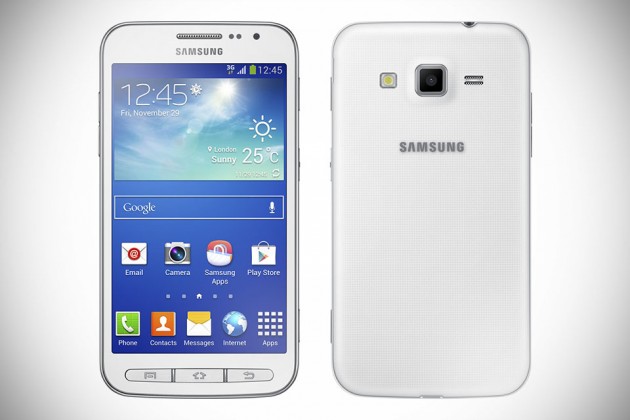