before the Nexus 5 was announced, there was talk about the possibility of Sony being the maker of the next Nexus smartphone, well, it turns out that LG was still the company of choice for the Mountain View folks when it comes ‘affordable’ handset. fortunately, fans of pure Android experience and Sony will not be left out in the cold, now that Sony has its own ‘pure Android experience’ smartphone, the Sony Z Ultra Google Play Edition. this mega-size, dilemmatic device from the Japan electronics giant is the latest smartphone to join the multi-brand Google Play Edition stable. on the spec-sheet, it is still the same Z Ultra announced in June, bearing specs like an eye-watering 6.4″ Full HD display, packing 342 ppi into a 1920 by 1080 resolution, a 2.2GHz quad-core Qualcomm chip, 2GB RAM, 16GB internal storage, expandable storage via microSD card slot, a 8MP main camera with Exmor RS sensor and a 2MP front-facing item, 3G and 4G radios, dual-band WiFi (supports up to wireless ac), NFC, Bluetooth, and a 3,000 mAh lithium polymer battery. these delightful specs are now complemented by an unadulterated Android experience by the way of, what else? Android 4.4 KitKat.

the handset is sold exclusively on Google Play (US) as an unlocked, non-telco binding item, costing a wallet crunching $649 per unit. in fact, the (high) price shouldn’t come as a surprise as it is, after all, unlocked and contract-free, plus it kind of sits in line with the other two Google Play Edition offerings, namely the HTC One Google Play Edition and Samsung GALAXY S4 Google Play Edition, which are going for $599 and $649, respectively. as with other Google devices, this pure Android Z Ultra will get updates direct from Google, which means a faster update to the latest firmware whenever it is available, and the lack of Sony-touched Android OS means the handset will have a tad more real storage and a faster, cleaner user experience. though you will be missing out on some Sony proprietary software features and access to Sony music and entertainment treats, well, not that it really matters, do they? 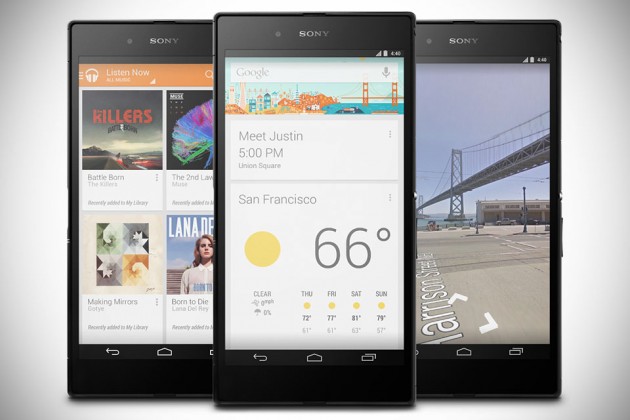