One thing we like about boats is, there’s a huge room for design freedom. Unlike aircraft which you have to adhere to certain engineering factors, thus resulting in every aircraft looking pretty much the same. Speaking of design freedom, designer Jonathan Schwinge definitely leverages on that 101 percent when he conceptualized a pyramid-shaped super yacht which he call Schwinge Tetra. So name after the tetrahedron form, Schwinge Tetra uses hydrofoils to rise above the water and together with its radical shape, makes it look like an Imperial Star Destroyer from the front. It really looks like something pull out of the pages of a sci-fi novel. 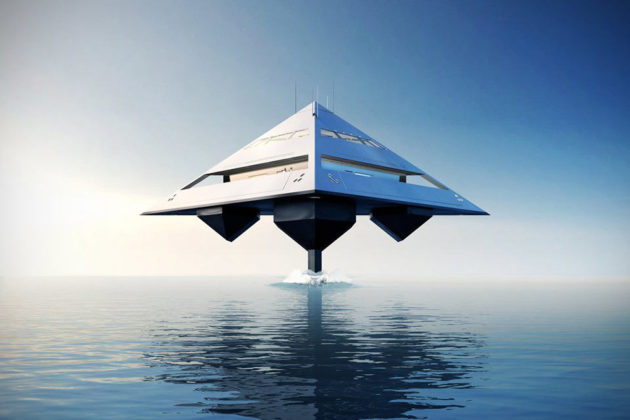 Beneath the 82-foot long carbon fiber and stainless superstructure is a three-hull design and in the middle, is the hydrofoil responsible for the lift. Hydrofoil reduces the drag on the water’s surface, thus allowing it to make a top speed of 28 knots. The three hulls are only use during low speeds and as the spaceship, I mean, watercraft, picks up speed, the winged torpedo-shape strut extends downward to achieve the lift. Once the watercraft is above the water, the hydrofoil system would afford a smoother ride, eve in stormy conditions. 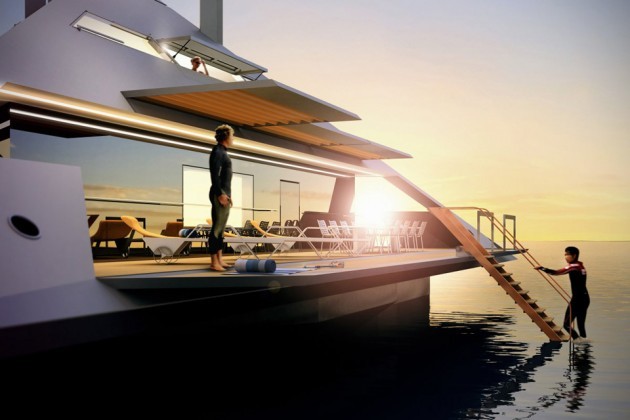 Schwinge Tetra is much like modern day stealth aircraft; much of its amenities, such as deck space for chilling out, are tucked away and only visible when the sides of the craft unfolds. By the look of the concept renders, Schwinge Tetra appears to be a massive craft, but on the contrary, it is only designed for up to 6 passengers and a crew of four. Seriously, we can’t wrap our head over this fact. 82 feet, or 24 meters is no small boat, but perhaps the shape does limit the actual usable space. We don’t know, we might be wrong. In any case, we can’t stop ogling over this futuristic ship. 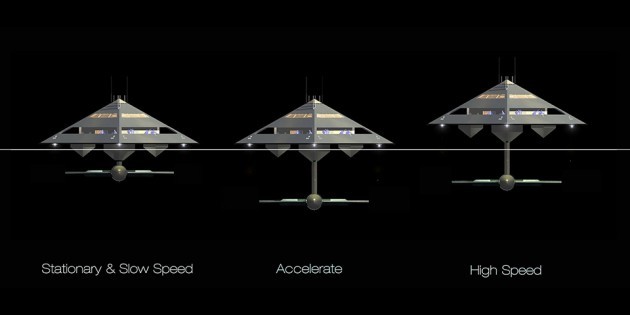 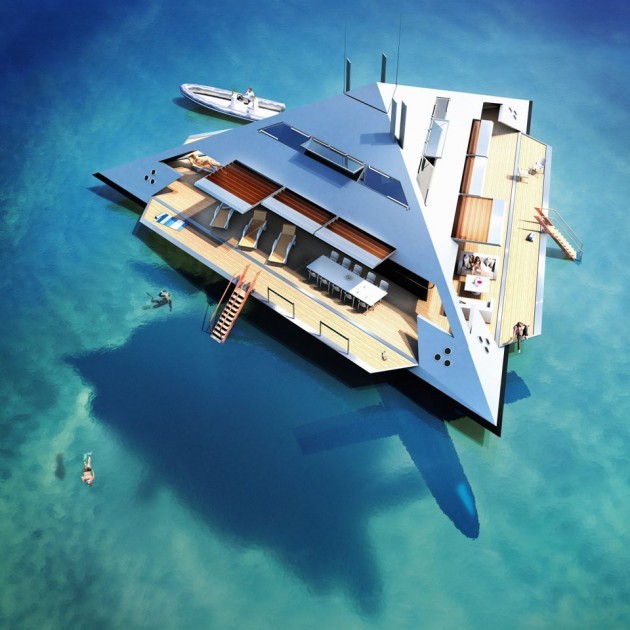 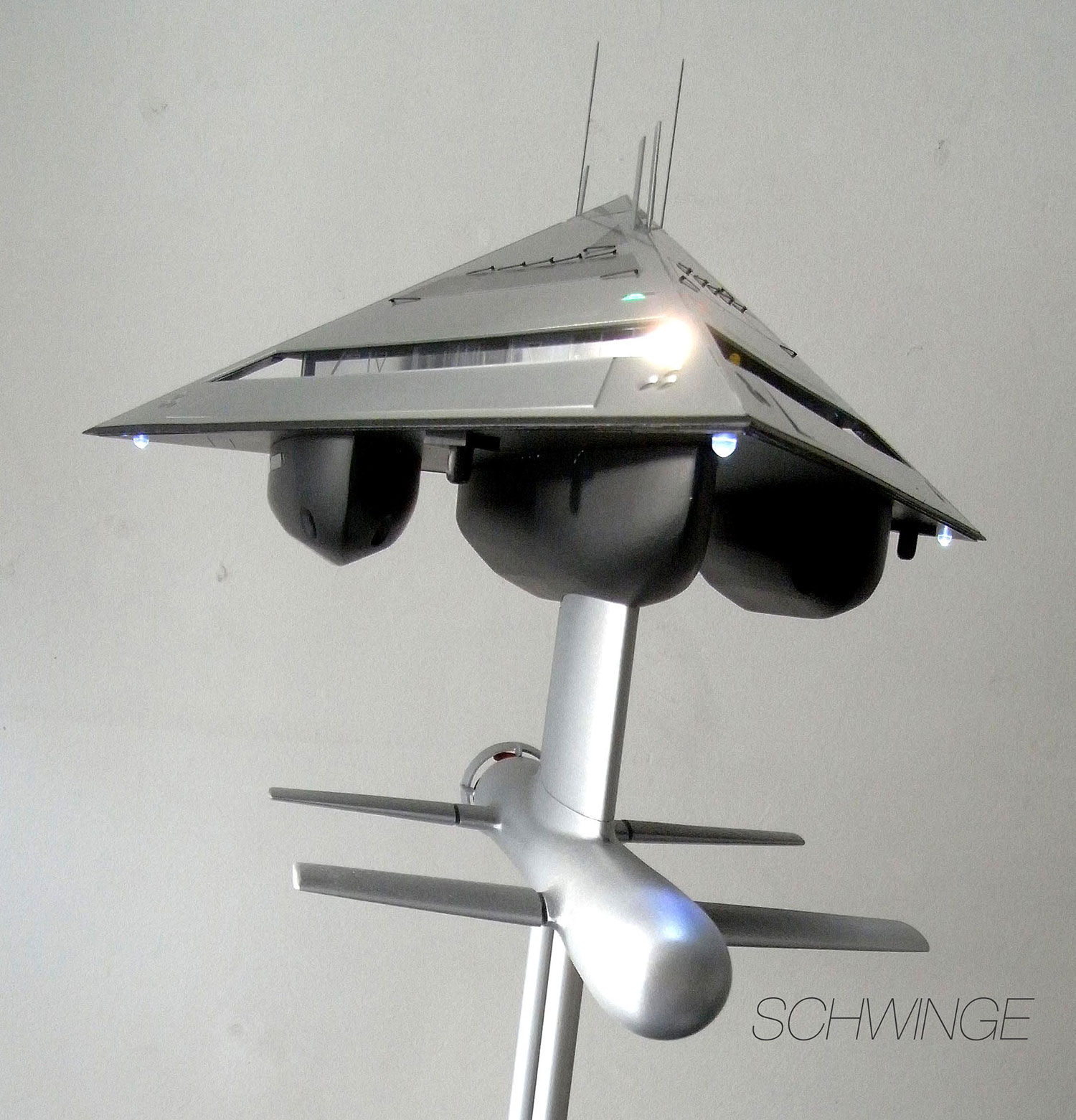