Sharknado, the sci-fi/horror flick that is so bad, it’s good, is getting its fourth instalment. Yup. That’s right, the fourth movie about sharks raining from up above is very real and it is premiering this weekend on, well, SyFy, of course. Despite the film’s laughable CGI, cheesy lines and unnatural acting, Sharknado has, surprisingly, somehow attained cult status and has quite a following. Speaking of following, Samantha is one such super fan who have apparently watched the original title over a hundred times. Seriously, who does that? I mean, certainly not for a flick like Sharknado, right, right? Anyways, Samantha is 100 percent real and so is her passion for Sharknado, and for her dedication, AWE’s Super-Fan Builds has created a “real Sharknado” for her. 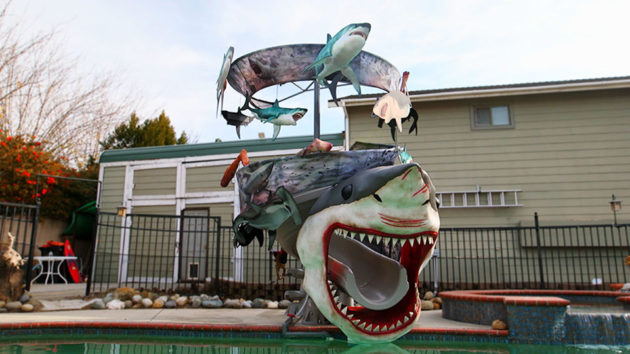 But the “real Sharknado” is not quite a manmade tornado (although that might be a cool idea); it is actually a Sharknado Water Slide. Clever. A custom structure was built around a spiral slide and decorations were added to make the slide looks like a tornado whirling at the edge of Sam’s pool. Tornado effect is achieved through debris pattern printed on fabric, while bloody limbs and 2D sharks are thrown in for added realism. At the exit of the slide is a huge shark’s head with gaping mouth, ready to ‘spit’ out willing human beings coming through the slide. 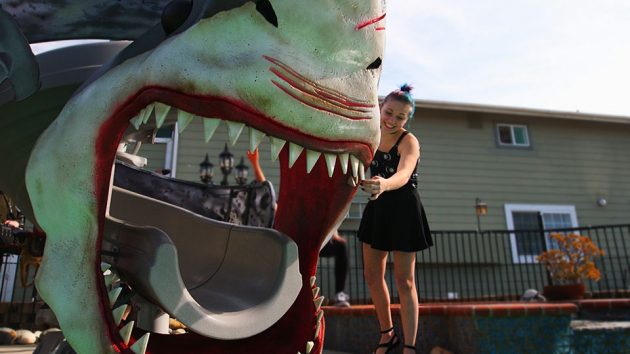 Starting with this episode, all future Super-Fan Builds will be streamed on go90, which you can either watch on a web browser or through a free app, available for both iOS and Android devices. Unfortunately, we can’t embed videos that are on go90 for you to enjoy here and also, go90 is country-restricted, which means you probably can’t watch it if you are outside of the U.S. The same applies to the app; you won’t find it on app store outside of the U.S. 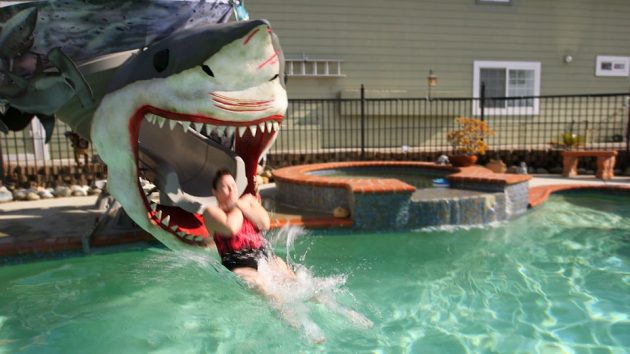 A huge shout out to Sophia for sending this hat tip our way. We really appreciate it lots.