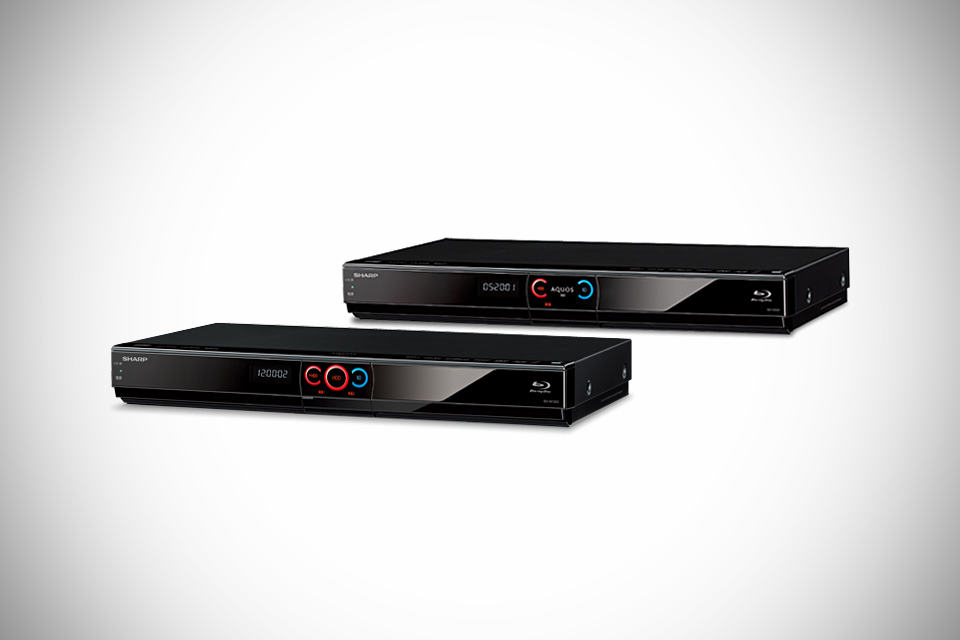 we are not sure why Sharp named these recorders as ‘Blu-ray’ recorders. honestly, to us, these are basically digital video recorders or DVRs that are capable of transferring its content to BD but anyway, here they are, a trio of sleek-looking Blu-ray recorders branded under Sharp’s successful sub-brand, AQUOS. all three models feature build hard drive for your media content, Dolby TrueHD / DTS-HD full decoding capability, built-in Blu-ray Player, DLNA-capable, built-in TV tuner, HDMI out, Ethernet port and the support for Sharp Mobile Phone remote. the three models offered are: BD-W1200 with 1TB storage capacity, BD-W520 and BD-S520, both having 500GB capacity. with the exception of the BD-S520, each recorder (namely, the W1200 and W520) comes with three built-in TV tuners with two for recording and one for live viewing). additionally, both W1200 and W520 supports external HDD via its USB port and has the option to transfer those high-quality recording into Blu-ray disc. naturally, they also doubles as your Blu-ray disc player. new to these models is the Thumbnail mode that generates a slideshow of thumbnails from the recorded content, thus allowing users to visually choose which ‘scene’ they want to skip to. honestly, it is a good-to-have feature but our lives don’t depend on it cos’ we have been hitting the double arrow for decades now and we are getting pretty use to it by now. but nice touch with the lit-up indicators that let users know whether it is on hard drive or BD. the trio will be hitting the Japanese market on November 21, 2012 but pricing is yet to be announced. you can learn more HERE – if you happen to be understand Japanese.