the obvious problem with large display smartphone is the overall handset size. it is a ‘problem’ manufacturers can’t change, so the best bet is to stretch the display as much without bumping up the physical size. that means, cutting the bezel size as much as the technology allows and such is what Sharp has done with the AQUOS ZETA SH-04F Android handset. sporting a 5.4-inch Full HD touch display, the AQUOS ZETA SH-04F has an impressive 81% screen-to-size ratio. we don’t need to tell you how awesome it is – just look at the product image and you’ll find the sides’ bezel is nearly non-existence. while it is lovely to see near bezel-less design, super thin bezel might also pose some issues, such as accidentally activating apps when holding it. of course, for larger phone such as this example, this issue might be less significant cos’ most folks would probably struggle to get a grip of the device. but for people with gorilla-size hands like me, that could be an issue. 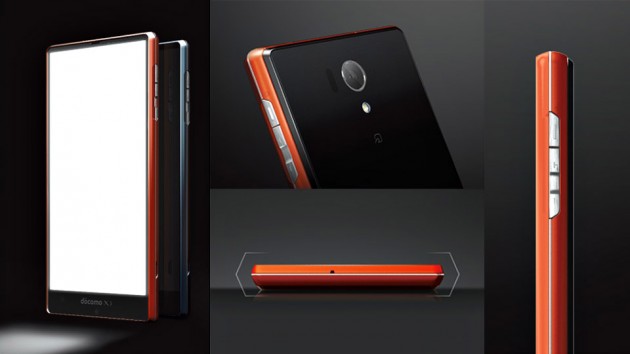 the device is powered by a Qualcomm Snapdragon 801 SoC which is home to a 2.3GHz quad-core processor and an Adreno 330 GPU. it has 2GB RAM and 32GB onboard storage, supplemented by microSD card slot that supports up to 128GB. other details include IP57 rating for resistance against dust and water, a 13MP rear-facing camera, a 2.1MP front-facing camera, and a 3,300 mAh battery.the device will run on Android 4.4.2 at launch and most certainly skinned with Sharp/Docomo UI. unfortunately, folks outside of Japan will not be able to lay their hands on one (what’s new?). the handset is only available through Docomo network, but in case you are residing there, you may want to know that it will cost around 74,605 Yen (about US$730). the price is anything but cheap, but it shouldn’t come as a surprise as it is touted as the flagship device.